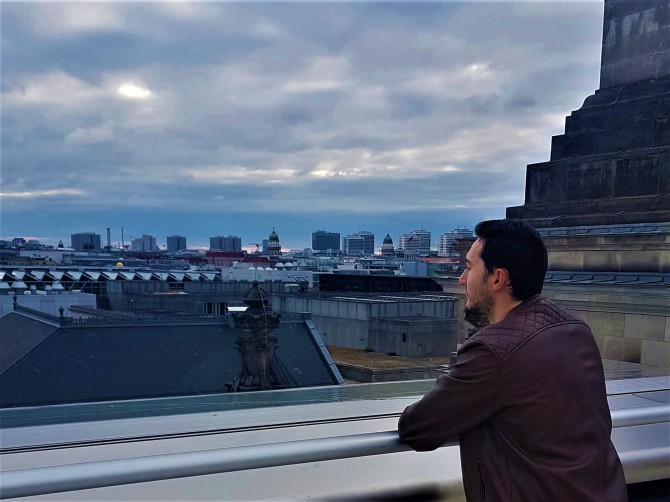 Welcome to my blog! I am Richard, from Leicestershire and this is The Humpo Show!

This blog of mine has gone by a few names already, A Bookshelf Load of Reviews was the previous name, but I have settled on The Humpo Show. The Humpo Show was a radio show that my brother and I made up at our grandparents’ house on their tape recorder, and I thought it would make a nice reminder if I had that as my blog’s title. 🙂

My site is focused on reviewing of books, films and TV shows. Other interests I have include the theatre and travelling.

I work at a publishing house as a writer/ journalist – my main role is a news editor for a golf magazine, which I love doing immensely.

My future career goals include:
* Public relations/ marketing/ editiorial for a golf magazine.
* Critic/ reviewer for a newspaper (films or books).
* Marketing manager at a publishing house.
* Author’s agent.

I am a Humanities and Arts Degree graduate from the University of Leicester. My particular interests in relation to my course were United States history, Ancient Greece and Rome, European Architecture, World War I and Twentieth-Century Literature.

My other interests are all very sporty. I play and watch football regularly, and I am an avid supporter of Manchester United and England for football, and I also follow my local teams: Leicester City F.C., Leicester Tigers, and Leicestershire C.C. I also play golf semi-regularly at local courses. Other seasonal sports I watch and sometimes play are: tennis, snooker, darts, and rugby, as well as obsessively watching the Summer and Winter Olympics when they come round.

Films | Inception, The Matrix, The Dark Knight, Casino Royale, The Hangover, Catch Me If You Can, Interstellar, Love Actually, Moulin Rouge, Les Miserables, The Greatest Showman, The Notebook, Pirates of the Caribbean, Indiana Jones, The Truman Show, Home Alone and Clue.

TV | David Attenborough documentaries. Comedies include: F.R.I.E.N.D.S, Only Fools and Horses, How I Met Your Mother, The Office USA, Brooklyn 99, The Inbetweeners, One Foot in the Grave and Phoenix Nights. TV series include Game of Thrones, Homeland, Westworld, Spooks, Sherlock, House of Cards and The Blacklist.

That’s a bit about me, I hope you enjoy my blog!