Broken Throne is a companion novel to the Red Queen series and we learn more about Mare, Cal and Evangeline following the events of War Storm. END_OF_DOCUMENT_TOKEN_TO_BE_REPLACED

I have been wondering of how to fittingly mark the ending of Aveyard’s Red Queen series, and to be honest, even when I began typing away my thoughts, I had no real idea of where it was going to go, but it seems like it will be as simple as a thank you to the author for creating a special series of books, while also imploring others to pick the books up and read them! (I apologise for the overly long and heavily commared (is that a word?!) opening sentence, it gets better, ).

🔥⚡ The RED QUEEN Series Highlights // Why you should read the series! ⚡🔥

★ Victoria Aveyard is a master of world-building.
★ The action scenes are some of the best I have ever read.
★ A diverse and LGBT set of characters.
★ A love triangle that actually works well.
★ EXCELLENTLY written. END_OF_DOCUMENT_TOKEN_TO_BE_REPLACED 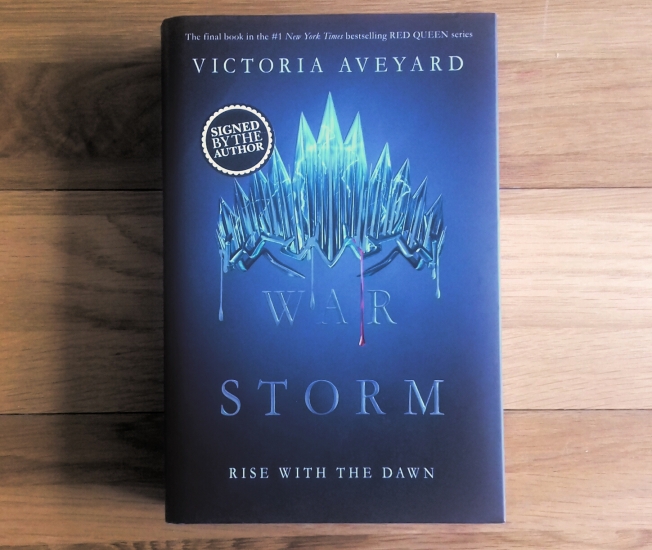 Mare has chosen the Scarlet Guard and Cal has chosen his crown. Reeling from Cal’s decision to follow in his father’s footsteps and rule Norta, Mare must draw on all the inner strength she has, to fight for the rights of the Reds and the Newbloods in a world that is fracturing from the Scarlet Guard rebellion and the warring between the Silver Kingdoms. Maven still sits on the Nortan throne alongside his Lakelander Queen, Iris, and they are intent on eradicating the Scarlet Guard, destroying Cal, and bringing the continent under their Silver rule. Mare, Cal, the Silver allies, the Scarlet Guard, and the people of Montfort have to come together to defeat Maven and the Lakelanders, who have brought nothing but war, death and destruction to their people. War is coming, and Mare will try to achieve her mission of bringing equality for the Reds, defeating Maven, and persuading Cal to give up the throne.  END_OF_DOCUMENT_TOKEN_TO_BE_REPLACED

King’s Cage is the breathtaking third installment of the Red Queen series that leaves a blaze in the popular Young Adult genre, and I am not referring to Cal’s fire abilities.

Mare is Maven’s prisoner, powerless without her lightning, and she spends her imprisonment replaying every excruciating detail that lead to this moment, as well as the potential horrors to come. The boy-King of Norta seems intent on walking the path that Queen Elara intended for him, as her surgical manipulation of her son’s mind becomes more and more apparent given his political decision-making concerning the Scarlet Guard, the Lakelander War, Newbloods and Mare. Meanwhile, Cal, Cameron, Kilorn, Farley and the rest of the Scarlet Guard continue in Mare’s absence, recruiting as many Newbloods as they can before King Maven gets his hands on them, as well as organizing, training and expanding as they prepare for war. The Scarlet Guard can no longer keep hidden in the shadows as Maven makes moves on the chessboard that no longer involves just his kingdom. They have to make alliances and sacrifices as they take their seat at the top table where they are on equal footing with Norta, Lakelands, Piedmont and Montfort in terms of importance and threat- depending on perspective. END_OF_DOCUMENT_TOKEN_TO_BE_REPLACED

*As I was in London for the past two weeks, I was unable to begin reading King’s Cage as it was delivered to my home address. So, I thought it would be best to read the novella Cruel Crown to keep in touch with the Aveyard vibes!*  END_OF_DOCUMENT_TOKEN_TO_BE_REPLACED

Mare is a sword, a sword made of glass, and she is showing signs that she may shatter. In this fantastic continuation, Mare and her Scarlet Guard comrades are attempting to track down and recruit the Newbloods (Red bloodied, but with abilities stronger than a Silver), to create a force that is capable of overthrowing the Silver Dynasty. Glass Sword is a pulsating read that has more twists and turns than a double helix which resides within the Reds, Silvers and Newbloods alike.

The one thing that everyone will talk about when discussing Glass Sword will undoubtedly be the ending. I could write endless amounts about the events that happened leading to this moment, as well as speculating about the events to come, but this review will be unspoilerery for those yet to read it. I can already feel an invisible force trying to make me write about the thrilling moments of unbridled action and suspense, perhaps its Queen Elara entering my mind. I will try my best to compose a review which is two-pronged in approach. Firstly, to persuade those yet to delve into Mare’s world of Red and Silver that they should discover these brilliantly written books which are sure to be the next big book series to be turned into a Hollywood blockbuster. But I will also try to write a review which does justice to Aveyard’s incredible work. She has created a world which I willingly fall into every time I pick up the book. The characters are interesting and three-dimensional, and there is never a moment where you can relax as the line that is now etched into the minds of her readers is that “anyone can betray anyone.” Both in Red Queen and Glass Sword this line is enacted by someone, which adds an unpredictability element to the proceedings. Unpredictability is the key theme that runs throughout the book, even with a Newblood with incredible seer abilities, and the unknown nature of what will happen next is idiosyncratic of Aveyard’s style, perfectly shown in the cliffhanger ending. END_OF_DOCUMENT_TOKEN_TO_BE_REPLACED

A pulsating Young Adult fantasy novel that will leave you aching for more.

The Red Queen is Victoria Aveyard’s debut novel, which uses the current trend of social injustice in Young Adult dystopian novels, and then blends in supernatural elements and world history to create a shockingly thrilling novel. Red Queen is a slickly executed novel that has managed through Mare as the stimulus, to deliver a shock of metaphorical current into the reader, to keep them mentally and physically attached to this pulsating novel, with Aveyard as it’s magnificent conductor. 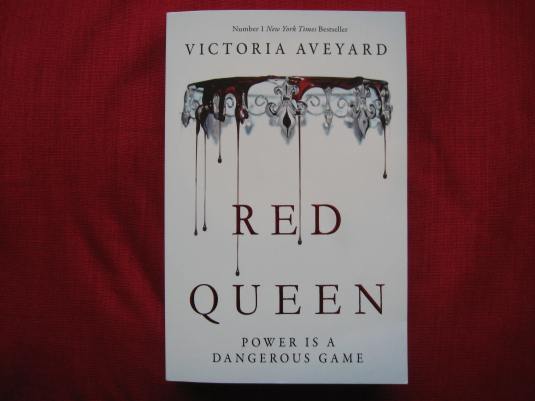