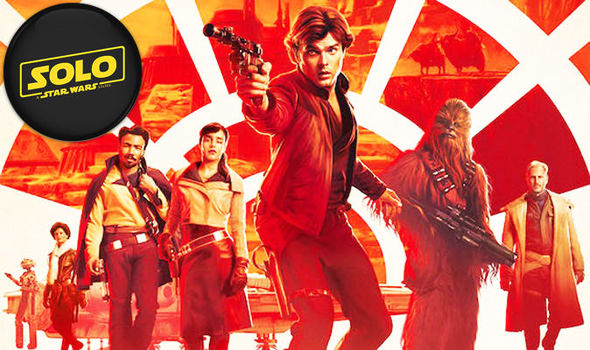 The story of how Han Solo became…Han Solo.

The films begins with the young Han (Alden Ehrenreich) as he engineers an escape from the fascist planet of Corellia. He must reluctantly leave behind love interest Qi’ra (Emilia Clarke) as she is unable to leave the shipbuilding planet. He promises her that he will return to rescue her from the planet. His plan to rescue Qi’ra will require money, so he enlists in the army of the Empire, where he falls in with a group of interplanetary thieves which are led by Beckett (Woody Harrelson) and are joined by Chewbacca (Joonas Suotamo) in dramatic circumstances. They are charged with the task of stealing a shipment of coaxium by gangster Dryden Vos (Paul Bettany). There is plenty of action in this fast and loose film, which mirrors the kind of man Han Solo is.  END_OF_DOCUMENT_TOKEN_TO_BE_REPLACED

The biggest film of 2017 has been Star Wars Episode VIII: The Last Jedi, the billion dollar juggernaut gave a performance to match the hype. Full of surprises and with some brilliant battle sequences, The Last Jedi improved upon The Force Awakens due to the memorable moments that left audiences shocked and with their mouths open.  END_OF_DOCUMENT_TOKEN_TO_BE_REPLACED

Star Wars: Rogue One
4 / 5
IMDb Rating: 8.2
Starring: Felicity Jones, Diego Luna, Alan Tudyk, Donnie Yen, Wen Jiang, Bodhi Rook, Mads Mikkelsen.
Plot Summary: Jyn Erso, a Rebellion soldier and criminal, is about to experience her biggest challenge yet when Mon Mothma sets her out on a mission to steal the plans for the Death Star. With help from the Rebels, a master swordsman, and non-allied forces, Jyn will be in for something bigger than she thinks. (IMDb)

Rogue One is the first of the spin-off anthology films to be released, sitting between The Revenge of the Sith (Episode III) and A New Hope (Episode IV). The prequels are as divisive as the original trilogy are masterful, and with Rogue One planted in between the two eras of Star Wars film-making, this film resembles the better of the trilogies more acutely than the lesser. The advanced CGI that was brilliantly captured, combined with the well developed characters made for a film befitted the franchise’s name. END_OF_DOCUMENT_TOKEN_TO_BE_REPLACED

X-Wing Starfighters maneuvering skilfully through the air, emotionally-strung lightsaber battles, the Millennium Falcon attempting the impossible and a mysterious Dark Jedi stopping a blaster’s shot tantalisingly in midair. The new Star Wars film is undeniably a Star Wars film, but with the added ingredient of cutting-edge CGI that is blended well with the idiosyncratic elements of the original trilogy in a similar way the the old cast and new cast are brought together. The Force Awakens provides hope that the Star Wars fans will receive a high standard trilogy of films that do the original trilogy justice, and are a brilliant addition to the canon.

END_OF_DOCUMENT_TOKEN_TO_BE_REPLACED

Which film are you waiting for?

The last 5 months or so of 2015 seems to have an abundance of quality films coming out and I was wondering which film everybody is looking forward to the most. Bond? Star Wars? Mockingjay? Something else?

Scorch Trials, The Martian, Bridge of Spies, Spectre, Mockingjay Part 2, Star Wars: The Force Awakens, Snowden and The Revenant are the films I have chosen that will be the most popular and talked about over the next few months and afterwards.

END_OF_DOCUMENT_TOKEN_TO_BE_REPLACED

Today Harrison Ford turns 73(!), and I thought it would be a fun to see what film that he has been in is everybody’s favourite. The obvious contenders are undoubtedly Blade Runner, Indiana Jones or a Star Wars film, but he has been in quite a few of other very good films and you may decide one of them is your favourite.