With it being my 100th post, I thought I would share some things about me, and I have done that through some top tens of films, books, songs, actors, actresses and places that I like. I also want to say thank you to all my followers that have made me feel that my blog is somewhat interesting and have left comments and liked my blog posts. I know this is a bit of a long post and I apologise for that, but I can assure you this will be the longest post I ever do … until the 200th!

END_OF_DOCUMENT_TOKEN_TO_BE_REPLACED

With having some time on my hands after finishing university for the year, I thought I would do something a bit different and a bit more in depth. Therefore I decided to combine the main function of this blog (reviewing) with a beautiful and talented young woman in a kind of tribute post. The young lady I am referring to is Miss Emma Watson. As some of you may or may not know, I have a huge crush on Emma, I can neither confirm or deny that I have her calendar, posters and a signed poster in my bedroom…For many Brits around my age she was probably one of our first crushes, and due to the Harry Potter book series becoming almost a sacred text in Britain, and especially since the films came out, the world, Emma now has a global fascination. The film series has complimented the book series and is now recognised as the best film franchise of all time with devoted Potterheads around the world and of all ages. Emma’s appearances in the Harry Potter franchise are what she will always be most famous for, but since her early days as the frizzy-haired know-it-all Hermione Granger, she has developed into an exceptional young woman. Not only is she an actress who is getting better at her craft in a variety of roles, but she is also a University of Brown graduate and a UN Women Goodwill Ambassador. I have included some of my thoughts on each of the films she has appeared in, some gifs and photos of said films (Sorry for the huge amount of them!) and a mention to her upcoming film work and her HeForShe involvement. 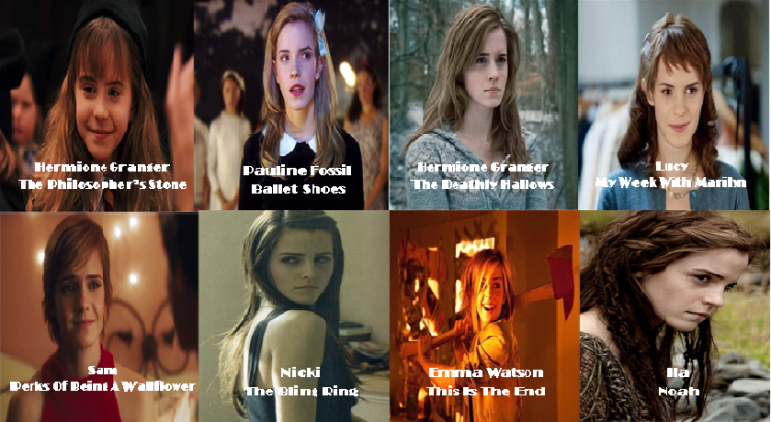 END_OF_DOCUMENT_TOKEN_TO_BE_REPLACED

An epic story perfect for the big screen.

The visual effects were simply sensational and it was backed up by a storyline of Noah’s life; that many people thought they knew.

Russell Crowe played the role of Noah, he appeared to be the modern environmentalist and God’s servant. He played the complex feelings and motivations of Noah fantastically well and he now will be a generation’s interpretation of Noah. He has had many stirring role throughout his career, this may become another, the deep emotions of Noah and the weight of his responsibility is portrayed beautifully by Crowe, and his relationship to everyone else is different and it feels natural.

With talented supporting actors performing their roles brilliantly, each of them delving further into character which illuminated the individual more than the audience would have arguably have known beforehand. Ham (Logan Lerman) was the misfit child of Noah who feels no-one, especially Noah, is listening to him and his sole want in the world. A girl. This becomes more striking when he goes looking for her the day of the flood. His contempt for Noah is apparent throughout the building of the ark, while on the ark, and once they find land. Lerman plays the role of disgruntled child well, and his envy of brother Shem (Douglas Booth) and Ila’s (Emma Watson) relationship is the thing that defines him.

Emma Watson in perhaps her biggest movie post-Potter was very competent in her role as Ila, and without giving too much of her role in the film away, Watson plays a key role in the latter stage of the film and she plays it brilliantly.

The film has been criticised by religious groups for not being true to the original text, but when making a Hollywood-blockbuster-movie the audience expects the film to be a dramatic and cinematic version of the story. It is expected that changes are made to the storyline of a biblical story to meet the demands of the modern audience but also keep the core of the story true to the original. I think they have produced an entertaining and well meant film.

I would say that this is probably the film to watch at the cinema due to the amazing visual effects, and the breathtaking moment when the flood arrives. If you have a big telly, get on LoveFilm or Netflix or buy it, this is a film made for a big screen.