The Chosen One
Sam Bourne 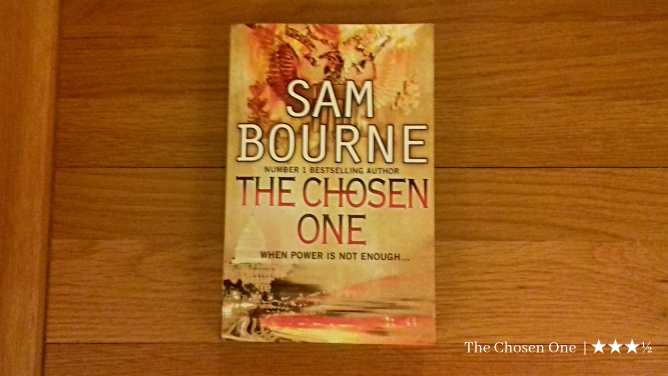 Newly-elected US President Stephen Baker hopes to shape the United States and the world with his progressive politics, but when a series of scandalous revelations come to light, his presidency looks set to be one the shortest in history. He enlists his trusted advisor and friend Maggie Costello, to find out the source of these ‘revelations’ and to help stop any more damage to his presidency.

The Chosen One is a departure from the previous Bourne books that I have read thus far. There is a distinct lack of historical and religious puzzles that need to be solved – and to be honest, that was the main draw for his books for me. Nevertheless, I picked up the book as I am a fan of the easy-to-read style and quick-paced action, a la Dan Brown.

The story is centred around Baker’s presidency, how he got there, why he deserves to be president and how Maggie is going above and beyond to help him. It begins with the revelations that a man called Vic Forbes makes. He says he is in possession of one last crucial piece of knowledge that could destroy Baker’s career. Ultimately, Forbes is unable to reveal what he knows, leaving questions about Baker still up in the air – the Republican party go into overdrive with conspiracies and accusations. The uncertainty sees Baker task Maggie with finding out what the last revelation is.

As the ex-Presidential advisor digs into Forbes’ character, life and history, she finds out that his life is closely connected with Baker’s, which is just the tip of the iceberg.

I wasn’t gripped by the first half of the book, but as Bourne delved further into Forbes and Baker’s characters and how they were connected, it became a much more interesting story to follow. In the end, it became a 7/10 read rather than a 6 – probably my least favourite Bourne book so far. As much as he wanted me to care about Baker as a President, I struggled, as Baker seems nothing like a realistic political figure. And Maggie never strikes me leading character material.

The Chosen One has a decent enough story, but it is no more than a readable thriller.