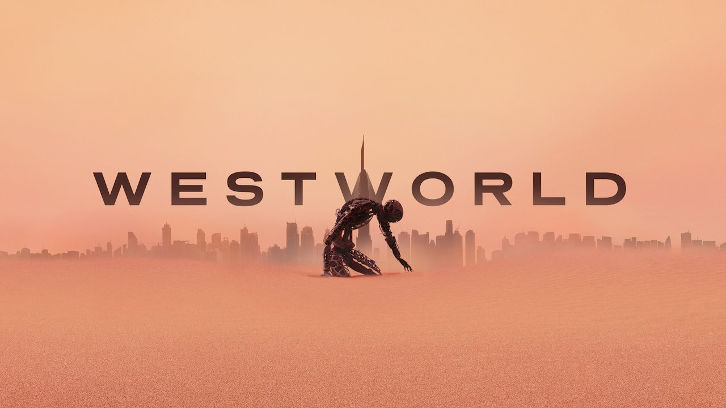 An Episode by Episode Review

The season picks up ten days after Dolores assassinated Ford in the climactic end to season one. She has embarked on a bloody campaign hunting humans as that forms part of her plans for the hosts now that she is ‘free’. Peter Abernathy is the focus of Charlotte’s attention as it holds something crucial for the Delos company. Maeve is embarking on a personal mission to find her daughter, and she enlists the help of Hector and Lee in her bid to locate her. William is told by a Ford host that all of the madness is part of a ‘game’ designed just for him. But the most interesting aspect of the opening episode is Bernard. He is suffering from some form of amnesia. He is having flashbacks. He might have killed a lagoon-full of hosts. What has he done? What does he know? Promising start.

The power of memory.

Westworld is only considered a paradise to the guests as they visit a place designed to allow them to do anything they desire, including enacting great injustices on the hosts without any repercussion. The horrors which they do to the hosts is always accepted with a smile by the hosts. But what happens when the hosts remember? When they remember the constant abuse they’ve received in countless lifetimes? Well, then those memories can become weapons of war. All the times no one thought Dolores was listening, all the times they thought she would take this abuse and never fight back, have now come in mighty handy as they crescendo into her growing revolution.

The hunt for Peter Abernathy.

The opening sequence is riveting and also indicates how expansive the company behind Westworld are, as this episode opens in Colonial India. And the episode ends with a teaser of Shogun World, again, highlighting how big the park really is. So many possibilities where the series can lead.

Dolores and her army have to do battle as they make their way towards the end goal of the Valley Beyond, and her resulting victory shows off her developing god complex, but more interestingly, we get to see that Teddy can think for himself still. Peter Abernathy is crucial to this season as the thing that is hidden inside him is given more oxygen, and also as to the reasons why.

SUCH an interesting episode in regards to the history of Westworld, the former owner James Delos, and the intriguing experiments that Delos and William were undertaking in trying to recreate Delos’ consciousness in a host body to achieve immortality. SUCH AN INTERESTING PREMISE. The blending of hosts and humans is a fascinating idea, and the experiments were great viewing. In Bernard’s storyline, he is facing the difficulties of his own mind rejecting “reality,” yet still trying to desperately hang on. He’s not in control, at all, and it is increasingly showing, despite his best efforts to hide himself from Elsie. 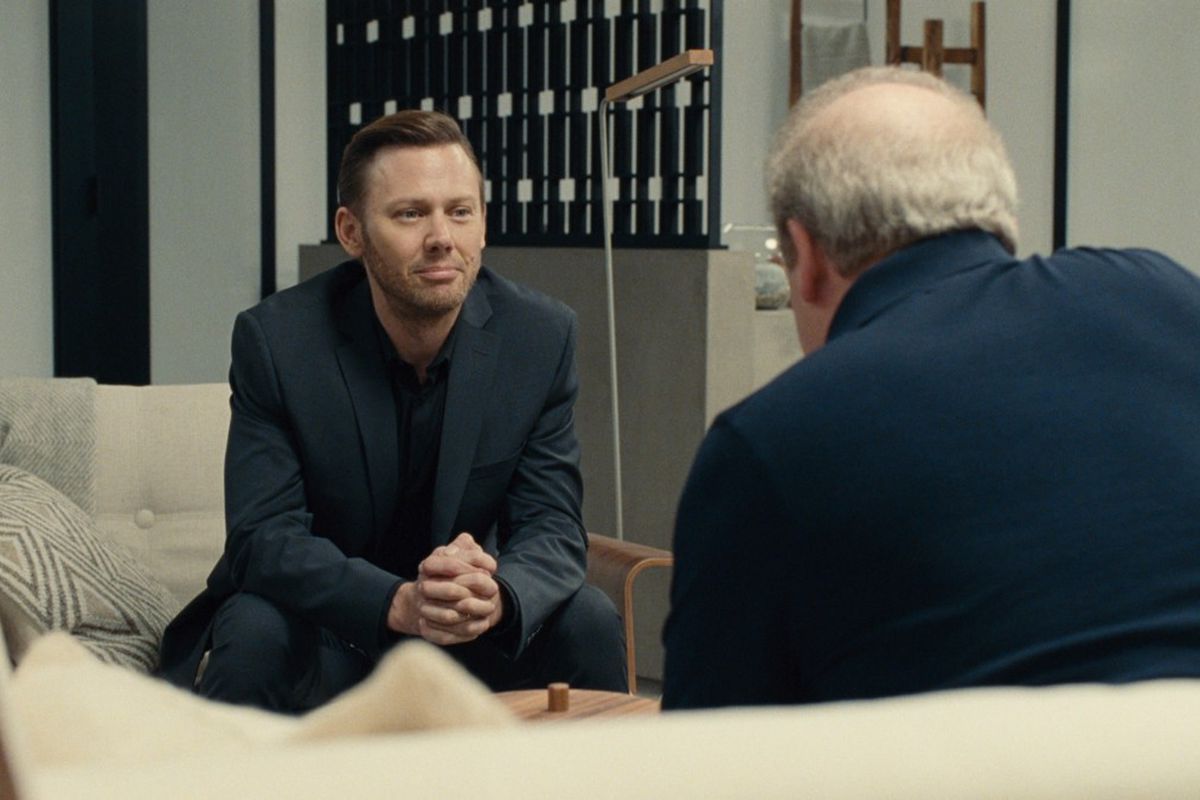 We are suddenly thrown right into the deep end of Shogun World, the violent park that was designed for those who found Westworld “too tame.” Maeve’s entourage, still trying to work their way through the park so she can reach her daughter, encounter their Shogun counterparts which leads to a myriad of reactions and events. The action is ramped up to the max, as we get to witness stand offs, a mad Shogun, and some brutal killings. There is also an empathetic theme running through the story which mirrors Maeve’s own.

Dolores and her entourage lead the way with some thrilling action scenes as they fight their way to the Mesa, Westworld’s HQ. While under attack, Bernard and Elsie head down to The Cradle, which is where all the park’s data is stored, which is in fact helping to cause chaos by taking control away from Charlotte and the Westworld team. Bernard and Elsie go down there to fix the problem, after much resistance, Bernard, specifically his consciousness, enters the Cradle to find the answer to the problem. This in return, leads to the biggest reveal of Westworld, since The Man in the Hat reveal. 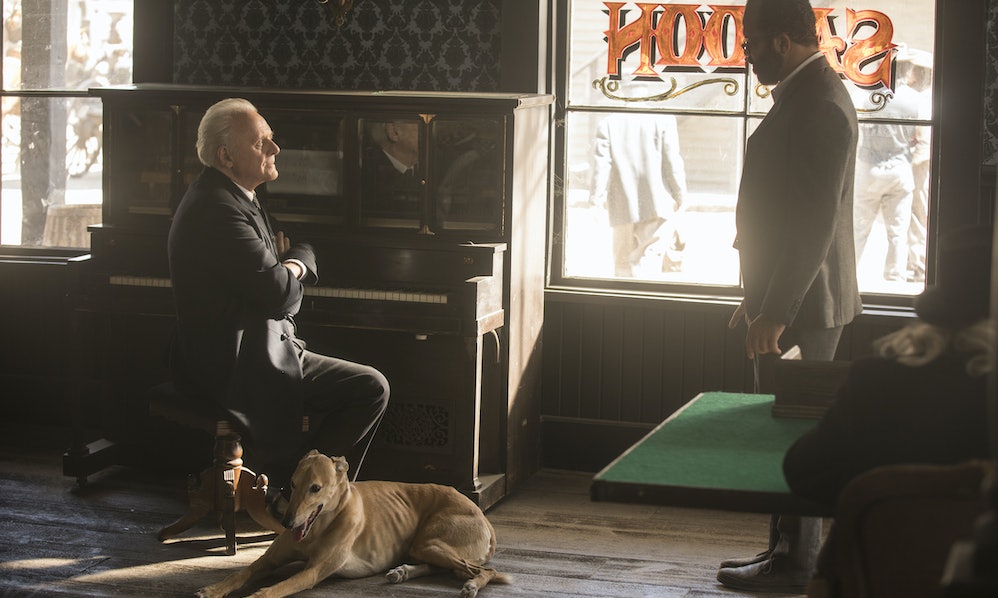 One of my favourite episodes as there is a plethora of action going on, near misses aplenty, and the true meaning of events is coming to the fore, in regards to Delos, William and Ford.

Anthony Hopkins’ sensational delivery in this episode is off the scale. Bernard is trying to fish the relevant information out of Ford before Bernard and Elsie are blown to smithereens while in the Cradle. The great thing about ‘Les Écorchés’ is that by having Ford’s presence we finally get an articulation of his plan. The hosts are the control, the guests the variable. Mind. Blown.

“The human mind is the last analogue device in a digital world.”

“When the great library burned, all the stories of the world burned with them. But then it became a new story… The story of the fire itself.”

A beautifully crafted episode with a nuanced tone, a stark contrast to the bloodbath we have seen previously.

The focus of this episode is on Akecheta, a Ghost Nation host who has survived in the park for a decade and is steadily becoming more aware of the reality or unreality of himself, other hosts, and ‘the park’. His mind is shaken by seeing the maze for the first time, and it sets him on a journey which is vastly different from his intended narrative. At one point he encounters a delirious Logan Delos who tells Akecheta a truth: that this world is all an illusion, that there is a way out, and that this is the wrong world. Of course it has two separate meanings: Logan wants to leave the park as he is suffering from heatstroke and humiliation, but for Akecheta, Logan’s words crack open something within him, and he pushes forward with his journey of discovery. And soon enough, he sees what Ford was bulldozing so long ago (The Valley Beyond).

Ed Harris delivers one of the best narrations I have ever heard.

William has demonstrated his knowledge of Ford’s thinking in both seasons, but this season he has shown how detached he is now from reality, by associating any ‘distraction’ from ‘the game’ as ‘part of Ford’s plan’, and he is hell-bent on finishing it. ‘Vanishing Point’ gives us a greater focus on his personal life outside of the game and a look as to why his wife committed suicide. With this in mind, his driven persona inside Westworld is easily explained, as too is the infighting with himself as he finds himself caught between playing Ford’s game, being riddled with guilt, wanting to win, and wanting to blow it all to hell. Harris delivers a masterclass of acting.

An issue I have with this episode and increasingly this season as a whole, is the lack of progression for Dolores as a character. Since she’s gone Full Wyatt, very little about her has changed since the opening episode of this season, which is disappointing as we have had some riveting flashbacks from Bernard that show how interesting she is. Her magnificent arc is also what drove the action in the first season, a distant memory now that she is intent on domination and revenge.

A mind-boggling episode! I will be tight-lipped on what happens as you’ll just have to enjoy it for yourself! 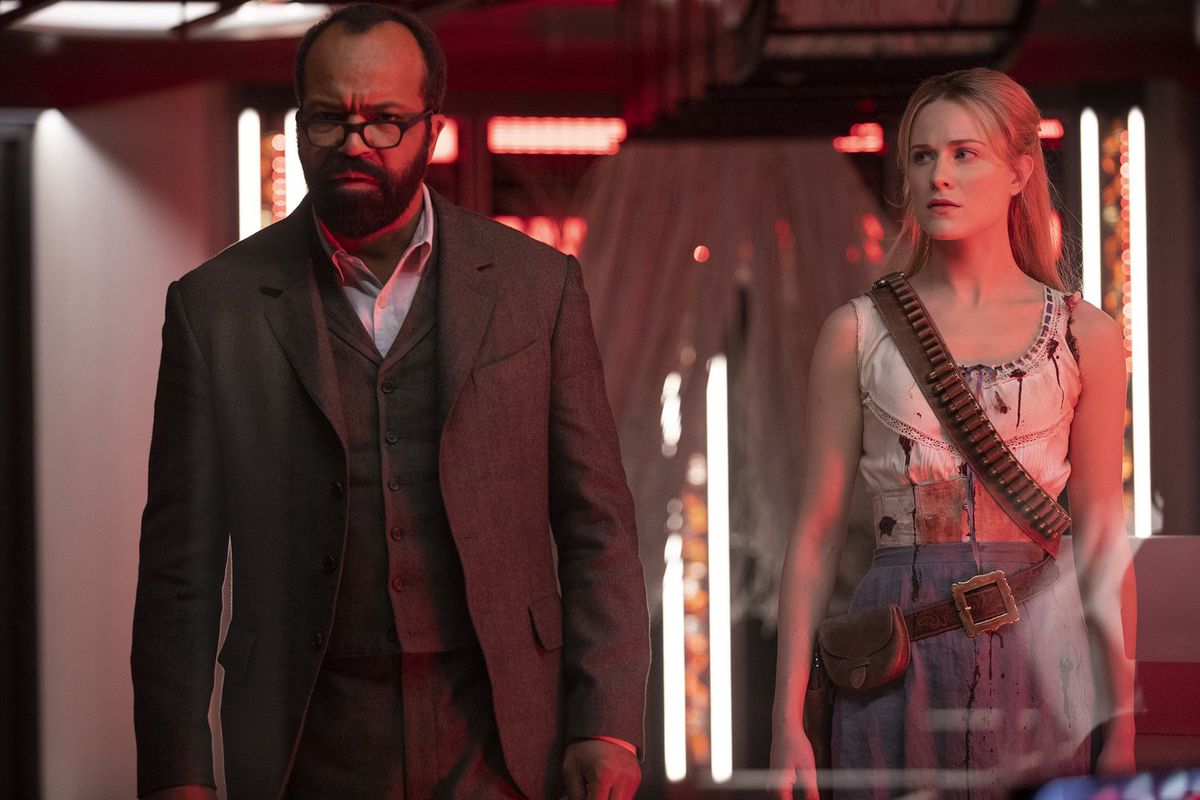