In this edition of Short Film Ratings, the emphasis is very much on British films, including the biographical fiction drama Miss Potter, the heart-touching story of Goodbye My. Chips, the brilliantly cute Paddington, and a film fun of laughs, Death at a Funeral.

The story of Beatrix Potter, the author of many classic illustrated children’s stories such as “Peter Rabbit.” Potter was raised in the late nineteenth century in an upper middle class family, and she worked in the early twentieth century.

Miss Potter tells the story of Beatrix rebelling against the norm. The expectation is for her to marry someone she doesn’t love, and to become a housewife and mother. Beatrix, played unexpectedly well by Renee Zellweger, does not want to conform to the typical role of a woman, she has an artist’s imagination, and is a talented writer to boot! She creates her own little world onto pieces of paper, and this then leads to her talent being recognised by the world, this then leads to a friendly relationship with rookie publisher (Ewan McGregor). Miss Potter is a film that fans of her work will enjoy, as well as those that love all things British from that time period.

A tear-jerker of a film. The film concerns the life and career of schoolteacher Mr. Chipping. Taking place in the late nineteenth century and early twentieth century, the Latin master Mr. Chipping joins Brookfield Boys Boarding School and becomes a mainstay figure. Martin Clunes was a wonderful and believable Mr. Chipping, his performance was full of subtlety and made me smile and cry- his best acting performance to date!

All other acting was of good standard too, and they all contributed to a deeply moving, poignant and uplifting film. There was also an emphasis on the progressive aspects of education, and to some extent, moral character too. Orme and Clunes dealt with those moments particularly astutely. Originally an ITV drama TV Movie, it was recently repeated on something like DRAMA or Yesterday, so for those that want to watch it, give those channels a look.  ; all other acting was superb; and this film was deeply moving and incredibly uplifting in age-old Mr Chips fashion a performance of subtlety and made me smile and cry 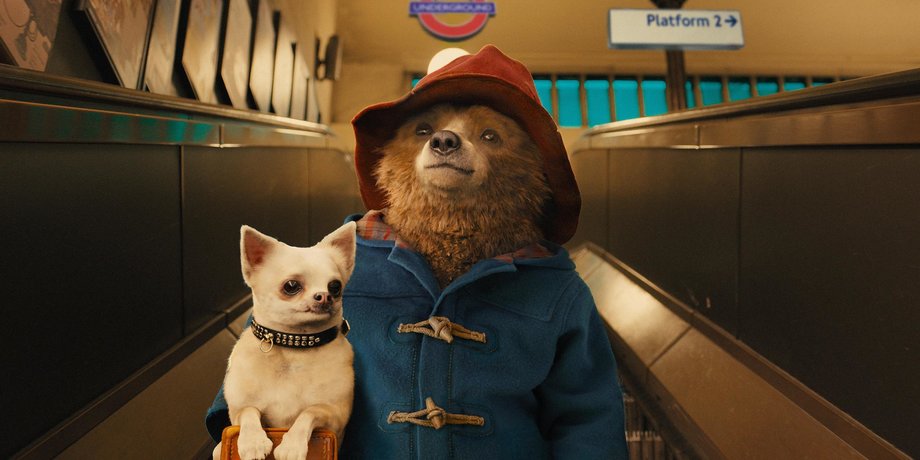 There is wonderful casting in this enjoyable family film. British acting talent is on full display, there is witty humour and the warm charm flows through the film from beginning to end. Family-friendly and with a charming atmosphere, Paddington manages to convey an endearing and gloriously comedic tale about a bear and his adventures in London.

There are some fantastically funny moments aplenty, the one involving Paddington and the bathroom is particularly memorable! A highly enjoyable film, and I can’t wait to watch the sequel.

I love a good ensemble comedy films, from the over-the-top Carry On franchise, to the hysterical whodunit Clue, and the satirical Tropic Thunder. The effect of having a big cast for comedy purposes is utilised expertly by these films, and Death at a Funeral joins the club. There is enough separate storylines to go around, and Oz manages to overlap them brilliantly. He does this especially well with regards to moving a certain body INTO a coffin.

Although I would have picked some different actors in certain roles, for example I felt that McFayden didn’t really suit a comedy role. But despite a few issues with some of the casting choices, most of the choices were spot on. Tudyk gives a fantastic performance as a guy on an acid trip, Marshall is likeable in his role of lackadaisical chap (I would have liked to see his character more), and Peter Vaughan was hilarious in a sweary role where he is left on the toilet for most of the film.