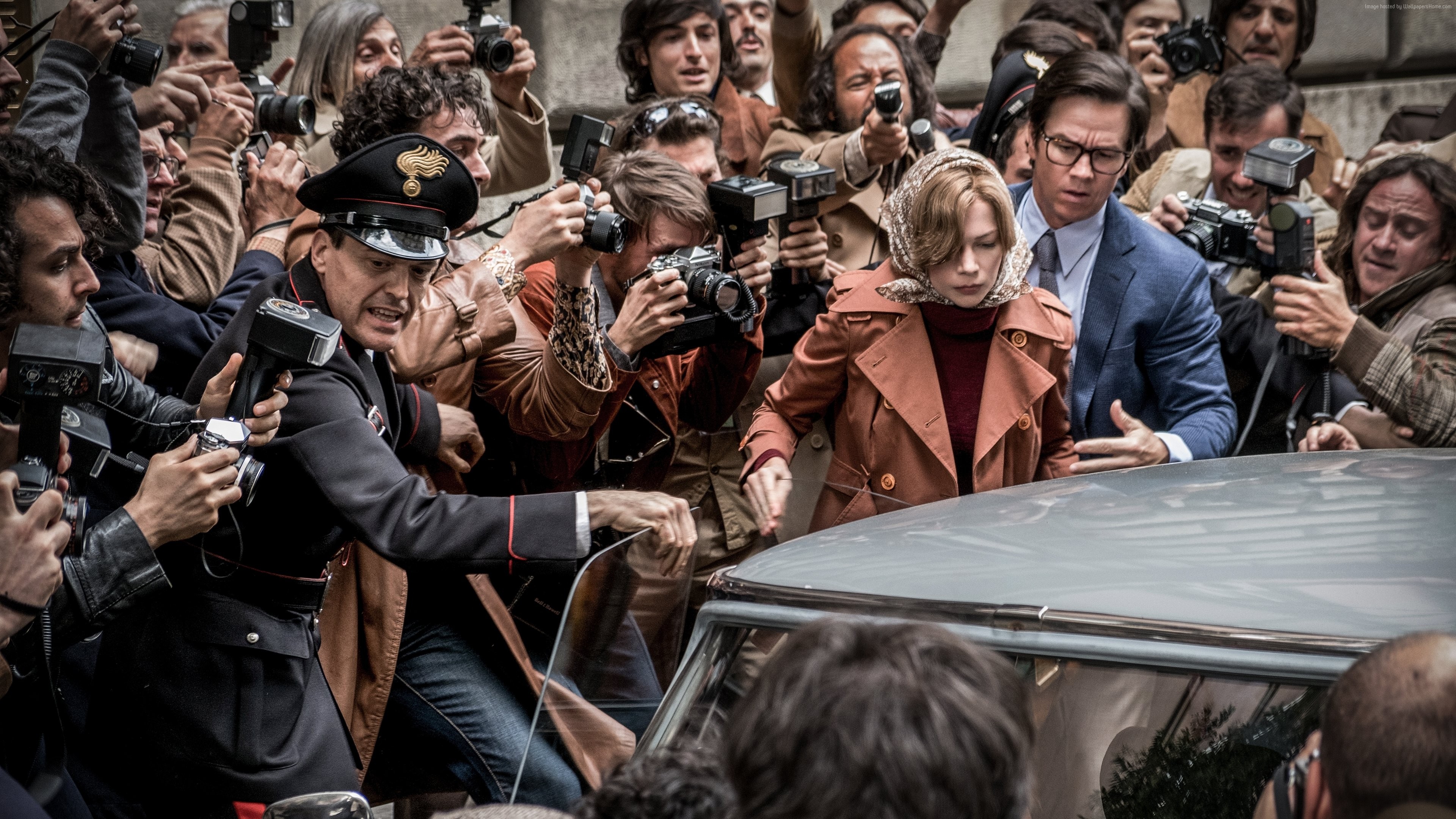 All The Money In the World is “inspired by true events”, we are reminded at the beginning. The movie opens in “Rome, 1973”, where we see the 16 yr. old Paul Getty (whose grandfather J. Paul Getty is the richest man in the world’s history) is wandering the streets of Rome late one night, only to be abducted. Soon thereafter the abductors demand a ransom of $17 million. When Paul’s mother approaches the elder Getty, he refuses to pay. Thus, we sit and witness how Ridley Scott blends the experiences of the hostage Paul Getty with the worry of his mother and the indifference of his grandfather together in this intriguing drama, that sees Michelle Williams deliver a brilliant performance.

At the beginning of the film, after a montage of events that lead the elder Getty to become the world’s richest man in history, Paul reminds us: “We look just like you but are nothing like you…” This ominous statement comes to mind throughout the film, as we get an insight to the lives of the Getty empire, the ruthlessness of how Getty runs his business and family- both words have varying meanings to him. His daughter-in-law has a very different view, and these competing views take centre stage in interesting fashion.

The kidnapping of young John Paul Getty III, played by Charlie Plummer (Boardwalk Empire, no relation to Christopher), caught the attention of the world then, the plight of his mother, and her fighting spirit, is the stuff that great dramas are made of. Michelle Williams does wonders with her character, she is totally true, one hundred per cent of the time, her character’s persistence in trying to get her son back from viscous kidnappers, with the added opposition of her frugal father-in-law, makes for fascinating viewing.

Although All the Money in the World is the story of Getty III’s kidnapping and violent torture, the film focuses on the contrasting personalities of his devoted mother Gail Harris (Michelle Williams) and his close-fisted grandfather Jean Paul Getty (Christopher Plummer), the wealthiest man in the world. She is a woman totally committed to her children while spurning the strings attached to family money. He, on the other hand, has devoted his life to money and winning, ignoring anything that might be construed as loyalty or compassion to family. Getty’s pushback (or lack thereof) makes for a great back and forth with his daughter in law. Williams is brilliant as the desperate mother of a kidnapped son. She will likely be overshadowed by Plummer at the BAFTAs and Oscars, but Williams’ performance far exceeded Plummer’s, and the push for Plummer to receive the Best Supporting Actor gongs largely derive from the fact that he replaced Kevin Spacey following the sexual allegations.

Getty’s reason to deny the ransom is actually quite a logical, albeit unfeeling, one- that paying would open the floodgates of abductions for his other grandchildren, thus putting all their lives up in the air as they may be the next victim. Getty obviously viewed his strategy as more of a financial standpoint rather than emotional, but his reasoning does stand up. Regardless, the central conflict of the story is not the kidnapping but the struggle between patriarch and daughter-in-law for the soul of the family and the deliverance of Getty III.

All the Money in the World is a film that I was interested in watching due to the initial trailer (with Spacey) and my subsequent research into the Getty kidnapping. I had high hopes for the film given the fascinating true tale that it was based on, but it sadly failed to reach the lofty standard I set the film. Plummer’s Getty wasn’t as daunting as I had hoped for, and this casting, along with some drab parts in the middle and end, contributed to my feeling that the hype surrounding Plummer’s casting is the reason why he is nominated for an Oscar, rather than his performance. It is to no surprise that the film does not appear on the nominations list too.