In the lead up to Christmas I am going to post everyday about Harry Potter. There will be short reviews of the Illustrated Editions of Philosopher’s Stone, Chamber of Secrets, Prisoner of Azkaban and Fantastic Beasts and Where to Find Them, plus the two companion books A History of Magic that were released in conjunction with the British Library exhibition, plus reviews of the stage play Harry Potter and the Cursed Child, and the British Library’s Exhibition of A History of Magic.

I was in the mother of all reading slumps during the past month or so, and the book that got me back to reading was this. The festive period always coincides with the Harry Potter films being shown on television, but I rarely reread books as I have so many books I haven’t read yet that need to be read. But this year, I’ve decided to revisit the books that have been released in illustrated editions, and judging by this read, they are going to be the perfect festive reads.

It has been a number of years since I last read the book, and I knew there would be differences from the film (which I’ve seen 257 times) and the book, but there were a few instances that took me by surprise…

Jim Kay’s illustrations are wonderful! The Hogwarts Express immediately makes a lasting impression on the reader when looking at the front cover. The detail is so intricate that it seems real. It is but one of my favourite images, but below are my favourite three from the book… 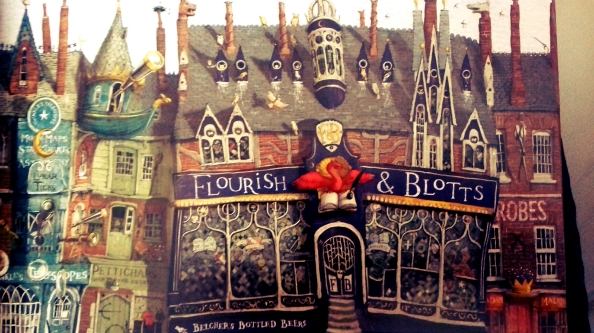 And there we are, book one done, next up Chamber of Secrets!