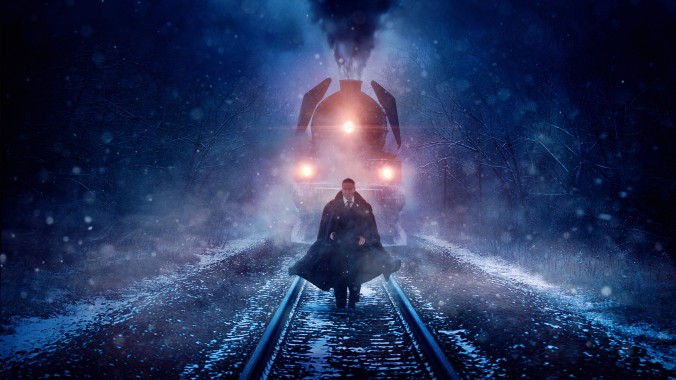 The plot is neither a train wreck or a travelling paradise. It trundles along without it coming to a standstill, unlike the Orient Express, which encounters an avalanche that causes the front carriage to derail just in front of a tunnel. As they await for aid to shift the snow and to lift the carriage back onto the track, a murder is committed, and thus, Hercule Poirot is charged with the task of uncovering the mastermind behind it. The writers and Branagh do well to create plenty of red herrings and twists and turns in regard to the identity of the killer, however it does play a little thin as each of the first class travellers is given their share of screen time, but they are a little squeezed in. I felt that most of the characters were underdeveloped due to the fact that there were so many characters involved. The epitome of this point is Daisy Ridley’s character; she meets Poirot before they find themselves on the Orient Express together, and their chat together concerning the murder leaves as many questions as answers, and none of these are answered coherently.

That moustache! I think it should have been credited in its own right as it seemed to be a character in itself. Absolutely absurd!

The size of the cast perhaps played a part in the limitation of the film as each of their back stories, possible motives and alibi had to be introduced in order for them to be cast as a suspect or not. The cast is of course stellar, and all of them gave good performances, but not outstanding due to their screen time being brief. Branagh is a decent Hercule Poirot, and I would gladly see him return to the role (if he trimmed the moustache a bit!). He is more arrogant than David Suchet’s Poirot, but it gave a different dimension to his character- perhaps he was aiming for the arrogant Holmes-esque versions from Downey Jr and Cumberbatch given their popularity.

The ending surprised me, I’m not sure if it is faithful to the original Agatha Christie book as I haven’t read it, but for me it was the ending was a shock. The film in general was watchable and the visuals of the Orient Express and the mountainside were fantastic. It isn’t a memorable film, but something you can enjoy without much effort.