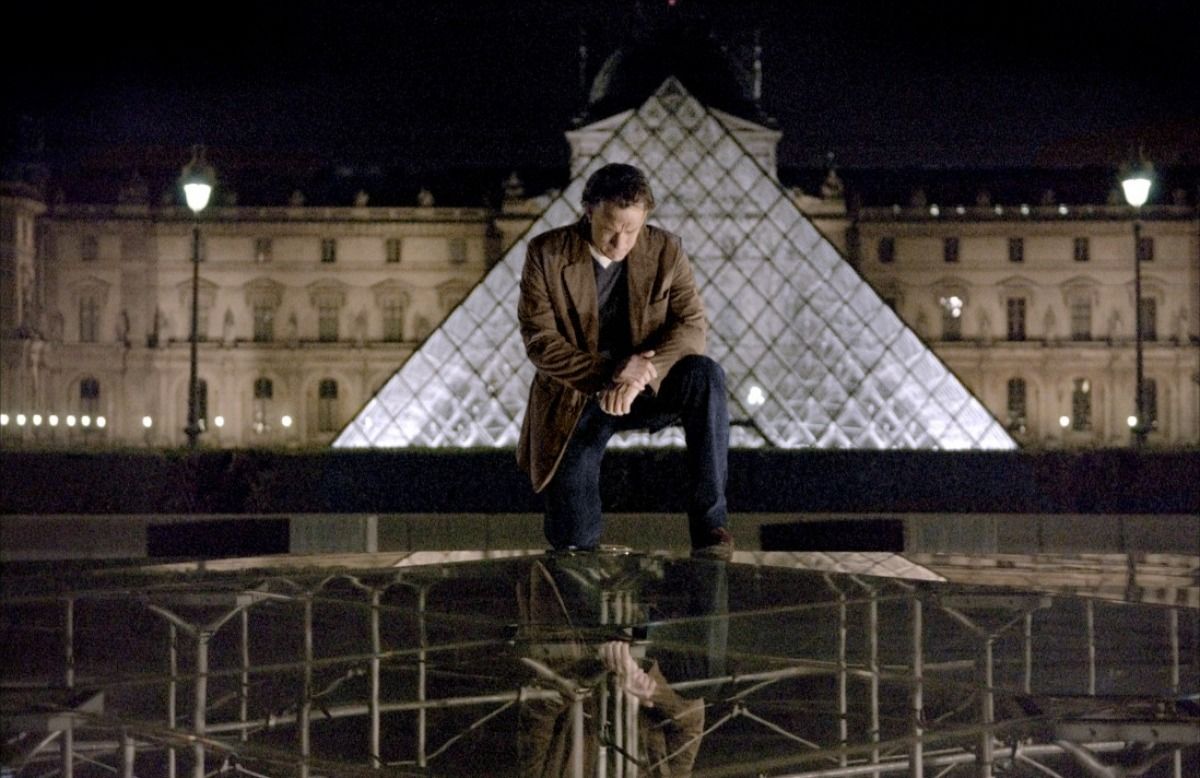 This is a re-read as I am awaiting the publication of Brown’s new novel Origin, in October.
My copy is the 2016 Abridged Edition- aimed at the Young Adult audience. (Not really needed to be honest)

Robert Langdon, a Professor of Symbology at Harvard, is in Paris on the same night the curator of the Louvre is murdered, next to the murdered body is a cipher and Langdon’s name. This startling message leads Langdon on a trail of clues relating to Da Vinci’s works. He is joined by French cryptologist, Sophie Nevue, and they learn that the curator was involved with the Priory of Sion, a secret society that hold an ancient secret that may be lost forever, if Langdon and Nevue fail to uncover the clues that the Lourve curator has concocted. A lightning-paced thriller that has readers racing through the pages as Brown blends fact, fiction and mystery to fascinating effect.

My defence for Dan Brown and The Da Vinci Code from critics.

The main criticism of The Da Vinci Code is Brown’s version of ‘facts’ which he says are true in a 4 line verse at the start of the book. If Brown had elected to throw some caution to the wind and say that the book blends both fact, fiction and theories in his book, the amount of criticism would undoubtedly not be to the level that it has reached. However, perhaps that he has included this definite message that flies in the face of Christians is one of the reasons why his book has become such a talked about book, and thus has become popular among people that are not Christians. By focusing on conspiracy theories, secret societies and hidden meaning in paintings and writings, Brown has well and truly pissed off the Catholic Church. Despite this book belonging to the Fiction section of a bookshop / library, the Church is afraid that some people will take Brown’s novel as truth. This perhaps comes back to the statement he makes at the start of his novel that what he writes about the organisations etc are all factual.

Most negative reviews on Goodreads seems to be from reviewers that detail the facts that Brown is wrong about and the sensationalising of conspiracy theories. I for one LOVE conspiracy theories, anything from vanishing ships and aeroplanes to the moon landing and 9/11, the fact (pun intended) that Brown has utilised conspiracy theories and the like to create a fascinating story is by no means a crime. The book, Holy Blood, Holy Grail, is seen as the inspiration of Brown’s novel, with many people citing this as a reason for criticism as they claim they ripped off their (authors) ideas and used them in his novel.

The other criticism is his writing style from authors and literary readers. They say that Brown has created a page-turner that does not belong to adult fiction as it has simple style and is considered a “quick read”. To be honest, I found these criticisms to be great selling points. The book appeals to adults wanting a quick read, as well as a younger readership that want to read a book that feels more of an adult book than a Young Adult book. The simple style and “quick read” are two other great pulls that the book has, as readers are able to race through it in a day or two, which can only be a good thing as it hopefully attracts non-readers who want a book that isn’t challenging but also has thrills and suspense.

65% (1m) of Goodreads readers (1.5m) have given the book a 4 and 5 star rating, which proves that the majority have loved Brown’s novel, despite it’s perceived attack on Christianity and the writing style that Brown uses. The Da Vinci Code has proved to be the book that has catapulted Dan Brown to literary stardom, and his successful Robert Langdon series will, as of October, contain 5 books and 3 films, clearly showing the public’s appetite for Brown’s thrill-a-minute novels that take advantage of history, mystery and art.