There are a lot of children in Afghanistan, but little childhood

The Kite Runner tells the story of Amir, the son of a wealthy Afghan and member of the ruling caste of Pashtuns. Amir’s companion as a child was his servant Hassan, from the despised and impoverished Hazara caste. Their bond is torn by Amir’s choice to abandon his friend amidst the increasing ethnic, religious and political tensions of the dying years of the Afghan monarchy. Despite escaping from troubles in his motherland, Amir will have to return to right past wrongs against the only true friend he ever had. 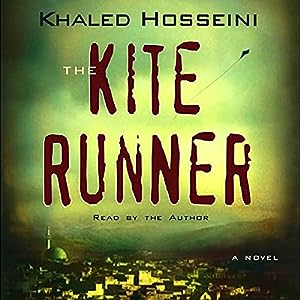 The comradeship between an affluent boy and the son of his father’s servant takes centre stage in the early stages of The Kite Runner, a novel set in a country that is in the process of being destroyed. A beguiling story that explores the price of betrayal, the efforts to gain redemption for past wrongs, and the undeniable connection and power that exists between a father and his son, whether it be a son striving to earn the affection of a father, or the sacrifices and lies that they both have to live with throughout their lives.

There are coincidences and clichés aplenty, and they play a part in detracting from what could have been a compelling classic. The inclusion of coincidences is designed to deliver a heartfelt image into the readers’ minds. These range from the Hassan-Sohrab heroic similarities, the Assed-Taliban inclusion, the emotional use of clef lips, and the professor-cum-homeless man that knew Amir’s mother. The fact that there is a catalogue of coincidences in the story-line does rather weaken the overall story as the effect of each coincidence lessens each time rather than it being a special and unusual moment. The plethora of clichés that Hosseini includes comes as no surprise given the detailed passage defending the use of clichés in Amir’s work. Amir/Hosseini argues that clichés have become clichés for good reason, and this comes as way of explanation for his unabashed use of them.

The visual descriptions of Afghanistan during the many years of turmoil that the people have had to endure is the best written aspect of the book. The days of the monarchic dynasty, a rebellious coup, the Soviet-Afghan war and the resulting Taliban occupation of the country in the wake of 9/11 is given great coverage. These historic moments are described from a unique standpoint – the perspective of an Afghan. The perilous journey out of the country during one of the periods of unrest was particularly well executed, as the conditions, the dangers and the corruption came to the surface in Hosseini’s words in a way which came across as believable, as if it was based on personal experience or honest accounts of such escapes.

The redemption story, which takes over the latter part of the novel, loses its sheen as Amir isn’t the most likeable character given his actions and thoughts earlier in the novel regarding his “friend” Hassan. The inner monologue showed his jealousy towards Hassan concerning some things that eluded Amir, plus his reticence regarding the protection and honour of his “friend” was a shameful lack of action on his part, and he continued the betrayal shortly after to cement his place as a character I disliked. He also seems to be hesitant at making up for past sins on his return to Afghanistan years later, again, not instilling good feeling towards him from me.

For me The Kite Runner was a well narrated novel which explored the father-son relationship especially well, in quite articulate fashion, and Hosseini presented Amir’s ongoing guilt through the middle-to-late chapters in an interesting and delicate manner. A story that explores a country we have heard so much about in recent years, yet we truly know the history or the mindset of the people of Afghanistan. The Kite Runner is a fascinating and culturally important novel for those who know little about the people and the trials they have had to live through, as well as having a compelling story to guide the way.