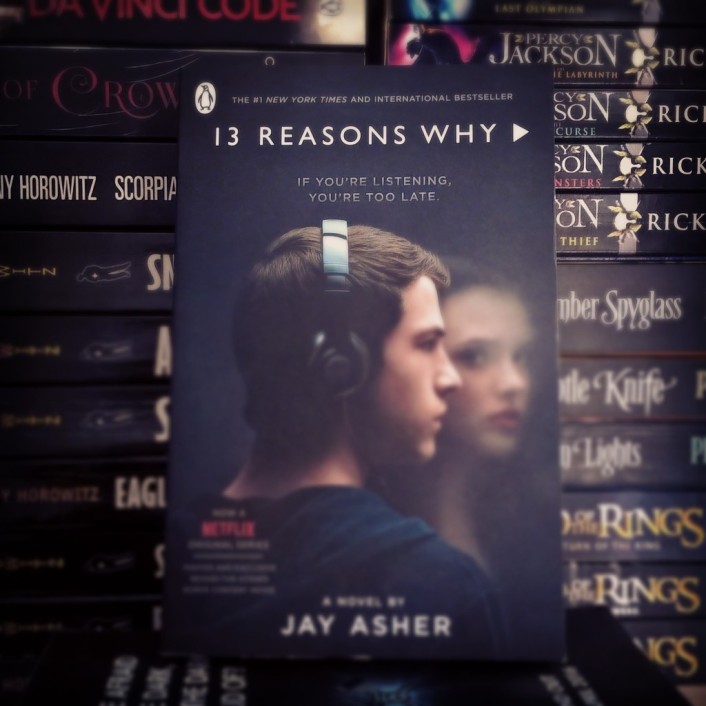 13 Reasons Why tells the story of Hannah Baker, a high school girl who had committed suicide. Before she made that decision, she decided to record seven tapes that detailed the thirteen reasons that snowballed to make her life unbearable and ultimately unlivable. Her story is told from the perspective of Clay, a fellow high school classmate who had a crush on her. When he returns from school one day, he find a package containing tapes from Hannah. She tells him that there are thirteen reasons why she decided to end her life. Clay is one of them. If he listens, he’ll find out.

This book might be the fastest I have ever read. Such a unique premise that I’m sure many have picked up for similar reasons. The frantic pacing of the story had me racing through the chapters, or should I say tapes? Asher leaves each tape with tantalising cliff-hanger suspense as you wonder if Clay is on the next tape, what he has done to Hannah, or what someone else has done to contribute to Hannah’s death. Asher is a clear and effective writer, the flow feels uninterrupted, even when Clay pushes the pause button, his thoughts then take over and this continuous stream of information helps to build the story.

The story is about the tapes, not so much the mental issues that Hannah deals with. Given that it is presented in Clay’s perspective, we have him fearing most of the time for the reason he is on the tapes rather than a constructive attempt to discuss Hannah’s problems. She is blaming and shaming, in this revenge guilt-trip set of tapes. It did feel weird that a suicide was used as entertainment. Of course this is probably not the book to discuss suicide on a serious level, but this book has no doubt helped plenty of people just through the fact that suicide is the basis for this, now popular, book. It has provided a platform for people to talk about a taboo subject more openly. Hannah is a love/hate figure among many people, but one thing that everyone will agree on is that Hannah should have opened up to her parents, therapist, school-mate, teacher or an organisation that offers help. Hopefully her poor judgement concerning this will help to divert people with similar thoughts and feelings to the correct places for help, rather than making revenge tapes.

Despite the issues concerning whether it represents depression, mental illness and suicide in the right light, 13 Reasons Why does raise these important topics and provides a platform for debate. Literary-speaking, this is one of the most addictive reads that I have encountered. I read it in one sitting, which is rare for me. There is also a moral to the story: You never know what someone is going through, so be wary of your words and actions, they might have bigger consequences than you can anticipate.

I am holding an international giveaway for this book on my Instagram if you want a chance to win a copy of the book!