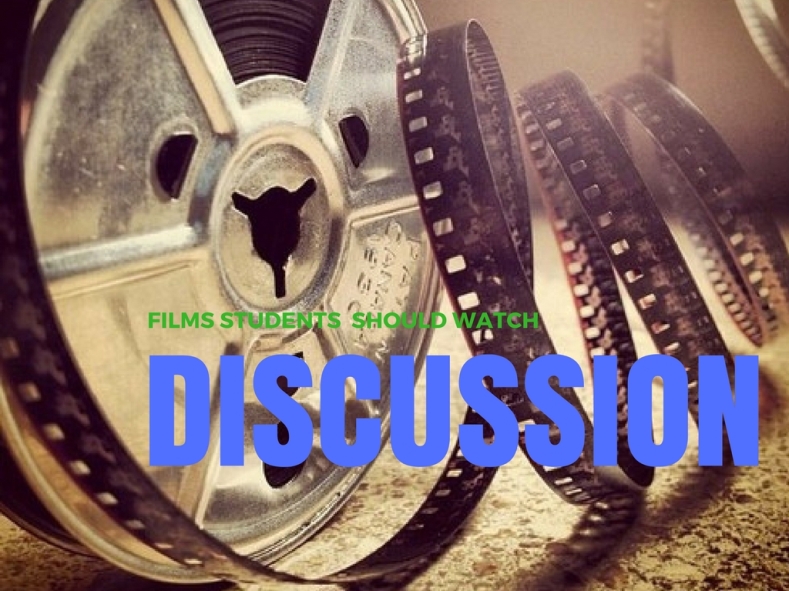 Further to my other discussion post on the books that I think students should have read by the time they finish education, I have compiled a list of films that I think students should watch as films are just as important to students as they grow up. The 10 films I have chosen are from a variety of genres, displaying both males and females in lead roles, race issues, issues of sexuality, individuality, history, loss, escapism and comedy.

Let me know in the comments, or in your post, what films you would have students watch before they leave education.

Alien, Bend It Like Beckham, The Breakfast Club, Coach Carter, Dead Poet’s Society, History Boys, Hotel Rwanda, Schindler’s List, The Impossible and The Theory of Everything.

These films show a plethora of different things that help to give a student the confidence to be true to themselves and display their individual qualities. Films like The Breakfast Club and History Boys are excellent examples of the differences that each student is and how everyone has problems of their own, and that by helping each other and being who you are, then students can have a happy education.

Films like Hotel Rwanda, Schindler’s List and The Impossible provide students with human disasters in 3 continents, a massacre in Africa, the horrors of Auschwitz and the devastation of an Asian tsunami. These will show the value and fragile nature of human life, and this can instill in the students a new found appreciation of who they are, where they are and when they are.

Alien, Bend It Like Beckham and The Theory of Everything have strong female characters which is important for young girls as there is sometimes a perceived lack of dearth in terms of female representation in cinema. Ripley from Alien gives a powerhouse performance which is reason enough for its inclusion, but the fact that its sci-fi, and many students enjoy that genre of film makes it an enjoyable experience for them. Bend It Like Beckham has the added benefit of appealing to the British Asian and Asian population in Britain about the attitudes of the older generations that sometimes have old fashioned views about what girls and Indian girls in particular can or can’t do.

Coach Carter is targeted at two audiences in particular, black students and sports students. The film shows the worth of discipline and the need for sporty students to have a good education alongside their extra-curricular activities. To add Hotel Rwanda to the equation too, and black students are shown the excellent work that black actors make.

I hope that the combination of these films, if watched and discussed by students, would be able to educate them about a variety of topics to make them well-rounded humans, as well as entertaining them.

Caz @ Let’s Go To The Movies

14 thoughts on “Films I Think Students Should Watch (Discussion Post)”