The opening episode was undoubtedly the worst Sherlock episode over the course of the four seasons and specials.

Sherlock Holmes has always relied on his intellect, deductions and questioning to uncover the culprit of a crime, in season four, he was morphed into Jame Bond. He outfights a trained assassin! (Oh, and by the way he does this in a family living room and subsequently swimming pool with a lot of noise, without waking the family!)

Mary’s death was cringe-worthy, and yet, given the horrendous amount of absurd twists we have been force fed, it will be to no surprise that she is in fact alive. I have never really got on with Amanda Abington’s Mary Watson, as it feels like a vain attempt to add a strong female element to an otherwise male-dominated story, and I felt her character never really fit in, especially as an ex-assassin-turned-mother.

I am a big fan of Martin Freeman as Watson. But the reaction to Mary’s death was horrendous. Was he trying to display the guilt of texting someone else? It didn’t come across like that. It came across as a yawning donkey!

A twist that no-one saw coming! Eurus, Sherlock and Mycroft’s sister is introduced, after being disguised as John’s texting buddy, therapist and also Culverton Smith’s daughter for a drug fueled craze of Sherlock. One issue I have with the latter point, was the fact that on the CCTV footage of Sherlock who was being tracked by Mycroft during Sherlock’s drug-induced walk around London, was the fact that she was never spotted to be with him. Therefore, Sherlock’s memory of that is put down to the drugs, rather than having actually met her due to video evidence.

Mrs. Hudson (Una Stubbs) provided the comic relief for this episode in every scene she was in. The writers have given her some brilliant lines, and Stubbs delivered them in hilarious fashion. A couple I enjoyed were:

Officer: Do you know what speed you were going?
Mrs. Hudson: Of course not, I was on the phone!

And later, back at 221B Baker Street.

In response to Watson asking how she can afford an Aston Martin.

“I am a widow of a drug-dealer, I own property in Central London and for the last time I’m not your housekeeper.”

Some brilliant writing by Moffat there, and the delivery of Stubbs is exceptional. 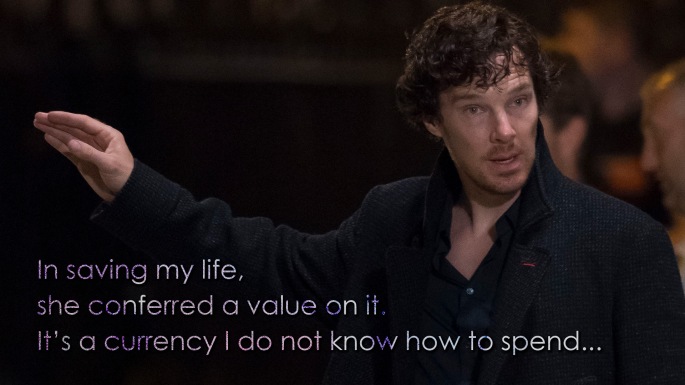 I quite liked Mary’s role in this episode, and the way she flits in and out of the episode whenever Watson is facing dilemmas, struggles or when he is in a room with Sherlock and there is still an air of awkwardness, guilt and blame between the pair.

It was also good for the episode to get back on track in the pursuit of arresting a despicable person in the form of serial killer Culverton Smith, who shared similarities with Jimmy Saville. The hospital scenes were particularly relevant, due to the things Saville did in ‘plain sight’- notoriously at hospitals. Smith has the ‘untouchable’ quality that has been associated with Saville and other public figures involved in Operation Yewtree. Smith walks around the hospital like he owns the place, his power extends to having control over the staff, the architecture and privileges that are only given to him.

The issue I had before this issue aired was the title of this episode, as the Final Problem was the story about Sherlock and Moriarty on Reichamback Falls, which aired during season two, which was titled as Reichamback Falls instead. But that was just a nitpick.

Anyway, the Final Problem was shared more similarities with episode 1 rather than episode 2, due to the convoluted and complex story-lines that were occurring. Sherlock’s sister, Redbeard, the girl on the plane, Moriarty and the experiments that Eurus conducted on Sherlock, Watson and Mycroft.

Although the intentions of Gattis and Moffat are honourable as they try and elevate Sherlock into TV show history, which I think they have already done with previous seasons. I felt that they over-reached and over-complicated plots with sub-plots and things which are simply improbable, i.e. how on earth was a chained Watson lifted up by a rope from the bottom of a well?

The final episode is special in its own way, it is well presented, it felt like a short film in terms of budget, effect, acting and plot, and it definitely had a final finale vibe at the end.

The series in general has been a bit hit and miss I’m afraid. Seasons 1-3 were slick, clever and modern adaptations of the finest crime books that I have read. The format was effective, someone would come into Sherlock and John’s rooms, deliver their case, they would solve it, and there would be subtle aspects that contribute to a bigger picture that made for the most thrilling of season finales. This season felt like one big effort from the writers to create the most complex storyline which would scoop every award in sight, but despite being a massive Sherlock fan, they failed in that regard. Don’t get me wrong, I enjoyed the season, and trying to figure out the complexities, but on this occasion, the writers bit off more than they could chew.

P.S. Sian Brooke should win the BAFTA for her exceptional performance as Eurus. 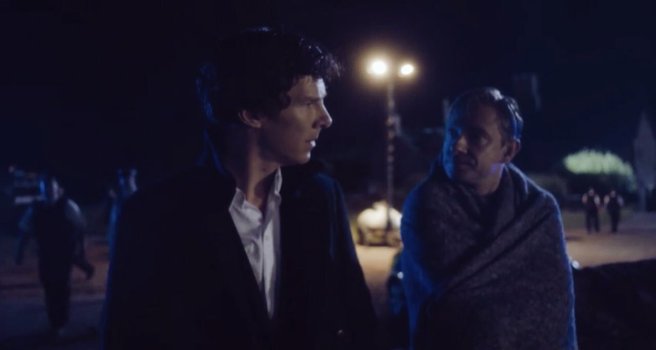