The Spy Who Came in From the Cold
John le Carré 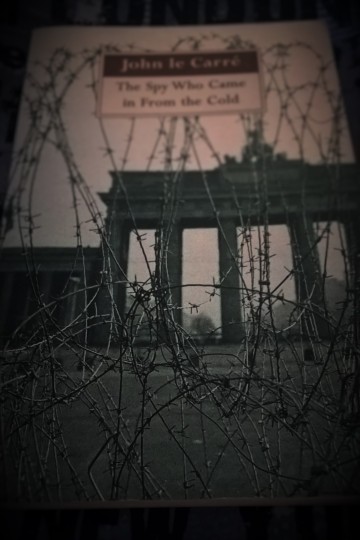 An encounter with literary greatness

The course of this tale concerns a complex double-agent operation, which le Carré tells in an economical style that somehow displays the coldness of human relations as well as fiery interrogations. He reveals the cold-bloodedness of British Intelligence—and, by implication, of all intelligence systems—which will be unyielding in its pursuit of secrecy and success no matter if the innocent stand in their way. When the British Station Head operating from West Berlin loses his last agent operating in East Berlin, he returns to London to contemplate retirement. However, his superiors instead see an opportunity to give him one last assignment for him. They want him to “defect” and set up his nemesis in the end game of a plan that has been in the works for years.

The intricate plot that le Carré has concocted surpasses every novel in the espionage genre, and in terms of quality and scope, it is unparalleled. Le Carre’s elaborate game of cat-and-mouse concerning agents and double agents is set amidst the claustrophobic East Berlin where an atmosphere of constant threat is ever-present. There is also a sense of the story coming full circle, beginning with a spy’s attempt to cross Checkpoint Charlie, and finishing with a spy attempting to cross the Berlin Wall.

Add to that, the psychological depth and the labyrinthine twists and turns of the interactions between East and West operatives and there is little doubt why this novel has attained a place as a literary classic. The thrilling narrative propels it to rise above its labeled genre and to become simply a brilliant tale in its own right. In comparison to other novels that share this genre, The Spy That Came in From the Cold is a refined and svelte novel that does away with flashy gadgets, heroics and glamourous women and focuses on the realistic and dark side of intelligence work. The entwining of the Cold War politics and ideologies, with the darkest side of East German Intelligence make for a spy thriller that is rooted in historical and political truths, while also being an exhilarating tale of fiction.

Here is an extract which typifies the beautiful writing style of le Carré…
“They walked to her flat through the rain and they might have been anywhere – Berlin, London, any town where paving stones turn to lakes of light in the evening rain, and the traffic shuffles despondently through wet streets.”

In future I will continue to read Fleming’s Bond for mentally untaxing fun, but for the literary thrillers where spies act like spies rather than a globe-trotting, misogynist, philandering hero I’ll read le Carré. Le Carré’s impersonal prose is clinical and exacting, but through crisp dialogue he brings the characters to life, while at its epicentre is a masterpiece of a plot. There are no unjustified scenes pandering to a chauvinistic audience; this is a much more intellectual story. The climax is a showdown between rival agents, not on a secret exotic island when the outrageous plan unravels, but in an East German secret trial where control over the outcome bounces back and forth like a ping-pong ball, carried entirely by characters delivering powerful monologues.