The films that I have watched recently are: Bridge of Spies, The Social Network, Guardians of the Galaxy, Bridesmaids and The Secret Life of Pets.

A film that is deserving of its Academy Award nominations, but especially Mark Rylance’s Best Supporting Actor win, Bridge of Spies displays humanity and film-making at its finest. The scene below displaus the fiercely fought and negotiated exchange between the US and USSR during the height of the Cold War and the U2 incident. Both Hanks and Rylance are exemplary in their respective roles, and with Spielberg directing, it is to no surprise that this historical retelling is depicted in a respectful and suspenseful manner. History and drama are excellently fused together, as are the Cold War paranoia to today’s terrors. Bridge of Spies is tense and engaging to the last, but the personalities and beliefs of both Donovan (Hanks) and Abel (Rylance) shine through the murky landscape of their country’s tensions. Donovan as “the standing man” and Abel as a logical man who replies to every Donovan question regarding Abel’s hopeless situation with “would it help [to be scared/worried etc]”. 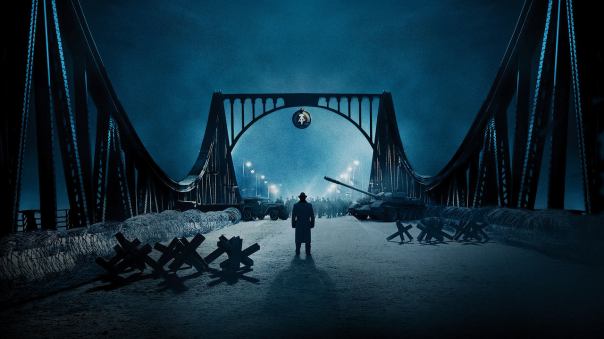 The film of the social-media-obsessed, selfie-snapping, popularity-driven generation which details the life of their leader, the founder of Facebook, Mark Zuckerberg. There are many films that define their individual eras, The Social Network will define the 2010s era of virtual life, the themes that persist in this film are so culturally significant that it should be compulsory viewing for this generation to watch an origin story of the thing they spend a large portion of their lives on. The deep-focus frames, curlicued language and spellbinding character studies make for a thoroughly interesting film as well as an insightful look into the most successful social network of all time.

A feel-good superhero film that emphasizes the we rather than the chosen one mentality that is the norm for films of this ilk. Guardians of the Galaxy has likable actors playing likable characters which creates a relaxed atmosphere for the audience which is rather different to Batman, Superman or Thor films. The band of misfits are crowd-pleasers through their catalogue of adventures and misadventures as they make their way through the well paced storyline to the inevitable battle royale at the end, which again is greatly influenced by humour. Chris Pratt is fantastic as the lead of this film, his charisma is evident in every scene, and his natural delivery fits perfectly with the long list of one-liners, puns and gags that feature throughout the film.

Bridesmaids has most commonly been described as the female version of The Hangover. With a tagline such as that, it was always going to be hard to live up to one of the best ‘dude’ comedies of the twenty-first-century. However, this film does leave with plenty of credit to its name, not only are there lots of laugh-out-loud moments (predominantly centred around Melissa McCarthy’s extraordinary character), but it also deals with the very real issue of the competitive nature of female friendship. With that as the basis of the film, Bridesmaids saunters along nicely, without doing anything too remarkable or unremarkable, but it is film that has found its niche as a chilled out comedy that can be watched by people with the taste for gross and hilarious comedies, while also having a steady story-line.

The Secret Life of Pets has utilised a novel idea that has been overlooked for many years, the universal experience of owning a pet, produced in a similar way that Toy Story explored the lives of toys once their owners were not there. Despite the potential the film could have reached with this idea, the film lacked bite. There was no depth to the narrative or the characters who enacted the story, which ultimately undermined the excellent animation and visuals. There are plenty of laughs for the children, and some for the adults to make the film bearable, but despite the visually pleasing aspects of the film, there isn’t enough to justify re-watching it.