Anyway, I’ve done 7 events/people, feel free to change/add/alter any to suit you best. I for one love the Olympics, and there have been some incredible moments already, so let’s spread the Olympic joy among us bloggers and see what we come up with! 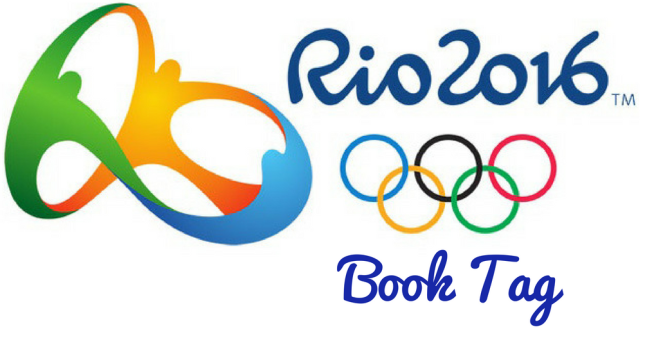 100m | A book you have raced through
Though we can’t read a book in less than 10 seconds, name the book you raced through the fastest, and probably set a world record at it!
Harry Potter and the Cursed Child, Jack Thorne, J. K. Rowling and
I, and many others raced to get our hands on this book/play, and were equally quick in reading it.

Synchronised Diving | A perfect couple
This event is pretty incredible. Having watched quite a bit of this sport due to Britain’s competitors involved, which _ and _ won a gold despite not being favourites! So they were a perfect couple, and they did this despite being against the odds.
Percabeth. Percy Jackson and Annabeth Chase. Percy Jackson and The Olympians / Heroes of Olympus, Rick Riordan.
My choice encapsulates the spirit shown by the diving partners, notably in a book titled House of Hades.

Michael Phelps | The Best Book You’ve Ever Read
A self-explantory one here. Phelps has won 21 Gold medals…so far. Not only is he miles ahead of anyone in swimming, but also in the history of world athletics across any sport.
Shadow of the Wind, Carlos Ruiz Zafon.
Phelps is a master of many disciplines in swimming, Zafon is a master of many genres and Shadow of the Wind is where he showcases his abilities. Mystery, adventure, gothic, romance, crime, horror, intrigue, this book has everything, and it is by far away the best book I have ever read.

Simone Biles | A short and sweet book
The American gymnast is on course for 5 Gold medals. She stands at a mere 1.45m, 4ft8in, but she is fast becoming one of the stars of the Rio Games.
Casino Royale, Ian Fleming.
Casino Royale is a mere 217 pages long, but it was a great introduction in to the James Bond books, after so long being a Bond film fan.

Rugby 7s | A tough book you struggled to finish 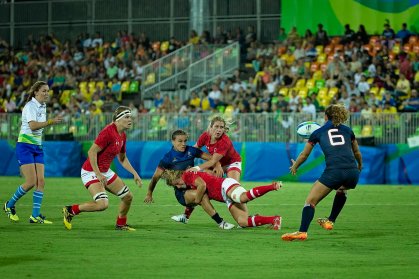 Rugby is a physical and brilliant sport, and I am so glad it has been included in the Olympics, albeit in a 7s format. With each player given 110% for their team by putting their body on their line, you have to be one touch player and person.
The Man in the High Castle, Phillip K. Dick.
I did the criminal sin of literature. I judged a book by its cover. With an American flag and the Nazi in the corner, I was intrigued, and the blurb only heightened it. However, the story was in my opinion uninteresting and lacked entertainment, adventure or anything to live up to its premise.

Golf | A new genre outside of your comfort zone
Gold is a new inclusion to the Olympics, and many of the leading golf players pulled out of the tournament due to the Zika virus. Golfers had more reason to be concerned, as the golf course was built on swampland, a hotbed for mosquitoes that potentially carry the virus. Therefore, with the many players not playing and it is also being a new sport in the Olympics, it is a bit uncertain whether people will take to it or not.
Misery, Stephen King. Psychological Horror.
I mainly chose to read this as I haven’t read a Stephen King book before, and this was definitely out of my comfort zone in terms of genre as I have never read a psychological horror before…it’ll be some time before I read another. *rocks back and forward*

Heptathlon | The Best Series
7 events, testing an individual in different disciplines to show yourself as the best all-round athlete.
Harry Potter.
This was an easy one for me. Having grown up with the books, and the cast of the films, I have always had a special connection to the Potter books. I may have also been a bit biased here by choosing the Heptathlon as it mirrors the number of books in the Potter series.

Rugby 7s | A tough book you struggled to finish

Golf | A new genre outside of your comfort zone

Have fun doing this tag, I hope everyone is enjoying some part of the Olympics! You can change the events if you like, and you can tag however many people you like!