I spotted this Tag on susannevalenti and being the huge Harry Potter fan I am, I decided to join in on this Tag. Check out her blog people! Most of the images with quotes and gifs are not mine, I just loved them when I was searching for something to accompany my answers. There is a colossal amount of brilliantly made gifs and quotes which have clearly taken people plenty of time and devotion, and I thank you and congratulate you on them. I would have loved to include more but I didn’t want to make it too overbearing. 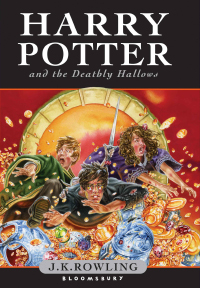 It was the perfect book in that it produced a captivating ending and provided the answers to the important questions we all wanted to hear. Rowling’s characterisation of Snape was beyond perfection. The Hallows. The Horcuxes. The Battle of Hogwarts. Everything was magical. This is the book I have reread the most, smiled the most and cried the most over. Undoubtedly my favourite book of all time.

I struggled to choose a least favourite book because I love them all in their own way, but I chose CoS probably because there are not as many characters which I love in this one. 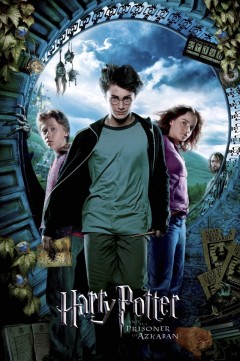 Incredible throughout. The casting of Dumbledore due to Richard Harris passing away was a good choice in Gambon. And Oldman, Thewlis, Spall were spot on. Plus Harry and Hermione were a fearless and brave duo which I really liked.

Similar decision to the book’s reason.

Was there any other choice?! Heart melting moment.

Ronald Weasley, though I love them all. This was an incredibly tough decision, as the twins are absolutely hilarious and their pranks, wittiness and banter with each other and Ron is a great aspect of the books and films. Ginny is a fearless, caring and capable young woman who captured the heart of the chosen one. No need to add much more really! Especially in the early books and films Arthur Weasley provides some humour and light relief in the Weasley household which counterbalances the fussing, motherly and crazy Molly who treasures and loves her family and treats Harry and Hermione as if they were her children too. 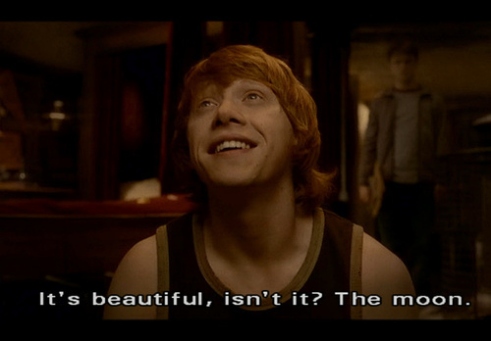 Voldemort. The scene encapsulates how incredible he was and how magnificently Ralph Fiennes played him in the films.

Harry Potter. We’ve all grown up with him, from the boy under the stairs to a great wizard, friend and person. There are no words that comprehend how much he has affected our lives, or how much he means to millions and millions of people around the world.

Dumbledore and McGonagall. I chose two because both deserve some recognition. Harris, Gambon and Smith were all ideal for those roles. Both characters have become not only teachers to Harry, Ron and Hermione, but they have become teachers to all of us that have read and listened to their words of wisdom.

11- Would you a) wash Snape’s hair or b) spend a day listening to Lockhart rant about himself?

Lockhart…after I had bashed him on the head first…it would make his rant more enjoyable!

12- Would you rather duel a) an elated Bellatrix or b) an angry Molly?

Bellatrix- it would mean that I’m a good guy!

13- Would you rather travel to Hogwarts via the Hogwarts Express or by flying car?

Hogwarts Express, though I wouldn’t mind a flying car just once!

14- Would you rather kiss Voldemort or give Umbridge a bubble bath?

Umbridge. I don’t doubt that someone has created some FanFiction that has Umbridge as a softer and more amorous woman haha! Actually…I don’t want to know about it. Myself and Umbridge getting cosy in the bath…that is a thought! WOW!

15- Would you rather ride a Hippogriff or a Firebolt?

I love Buckbeak, but I’d ride a Firebolt and play Quidditch all day long.

16- Is there any character that you felt differently about in the movies?

I don’t want to give the answer I presume lots of people have already said. “Book Ginny is better than Film Ginny”. But the one thing I didn’t like about the movies in reference to a character, was the way they did Voldemort’s death.

17- Is there a movie you proffered to the book?

The films are great and perfect in their own way. But it is impossible to replicate the magic *pardon the pun* of the books. The detail, characters and events are superior in every way, partly because the books have more in them and the films try their best to do justice to the original material.

Both were great, but I have picked Gambon as he was in more films, had more lines, a more influential role in the storyline and when I think of Dumbledore, I always think of Gambon. 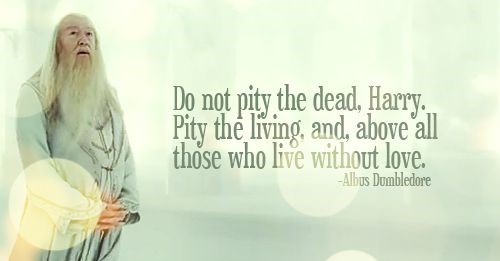 19- Your top thing (person or event) that wasn’t in the movie that you wanted there the most?

There are plenty of things I would have liked in the films such as; SPEW, St Mungo’s Hospital scene, Voldemort and Dumbledore’s history, Dumbledore’s Funeral, Grindelwald and when Harry uses Elder Wand to fix his own wand. But alas we can’t have everything can we?

The support messages at Godric’s Hollow was a touching, poignant and happy moment for Harry and the readers. There was no reason not to include it in my opinion.

20- If you could remake any of the movies which would it be? 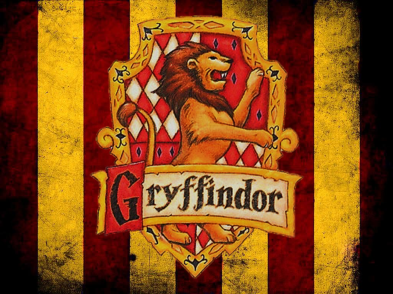 None of them. The films are great the way they are and I would only make small changes to the film. I wouldn’t remake any of them. The whole cast and crew did an unbelievable job.

21- Which house was your gut feeling you’d be a parof?

22- Which house was you actually sorted into on Pottermore?

Hufflepuff. I helped them win the House Cup recently.

23- Which class would be your favourite?

Defence against the Dark Arts. Though McGonagall’s Charms class would be great too.

24- Which spell do you think would be the most useful to learn?

Accio. I was going to say Engorgio and make a joke but I am the *bigger* man and decided not to. 😉 Accio is pretty damn useful though!

25- Which character do you think you’d be instantly friends with?

Ron and Seamus. Both are funny lads who I’d get along with.

26- If you could own one of the three Hallows, which would it be?

Invisibility Cloak. A wand is already pretty much brilliant as it is. And no one would know you had a cloak unlike the wand. Plus sneaking off is always fun.

27- Is there any aspect of the books you would change?

Sirius. Well it wasn’t going to be Peter Pettigrew for obvious reasons. James Potter doesn’t get much book or screen time as he’s dead. He’s referred to the most when someone says to Harry; “You remind me of your father..” To which everyone replies “…except your eyes. You have your mother’s eyes.” Lupin was great and I love him, but Sirius wins this one.

29- If you could bring one character back to life, who would it be? 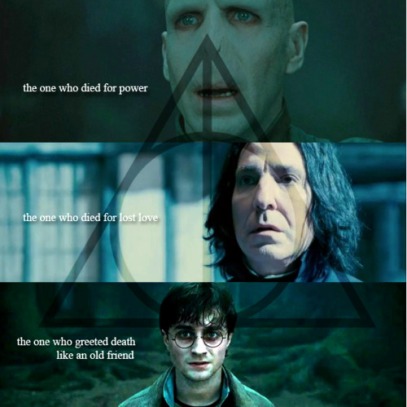