To celebrate Sir Sean Connery’s 85th birthday, I thought I would do a blog post celebrating his filmwork and finding out what film of his is your favourite in the comments section below. An Oscar, BAFTA and Golden Globe winner, knighted by the Queen and a Kennedy Centre Honours recipient, not to mention the enviable titles of “The Greatest Living Scot”, “Scotland’s Greatest Living National Treasure”, Sexiest Man Alive and Sexiest Man of the Century, Sean Connery is one of Britain’s most decorated actors of all time. I will go through some of his films, trivia facts and quotes.

Connery is best known for his portrayal of James Bond in the films; Dr No, From Russia With Love, Goldfinger, Thunderball, You Only Live Twice and Diamonds Are Forever. My personal favourite is From Russia with Love. I’ve made a bit of a photo collage on Photovisi below made up of stills taken from all of his James Bond films.

Some personal favourite roles that I quite liked him in are The First Great Train Robbery, The Hunt for the Red October and Indiana Jones and the Last Crusade. 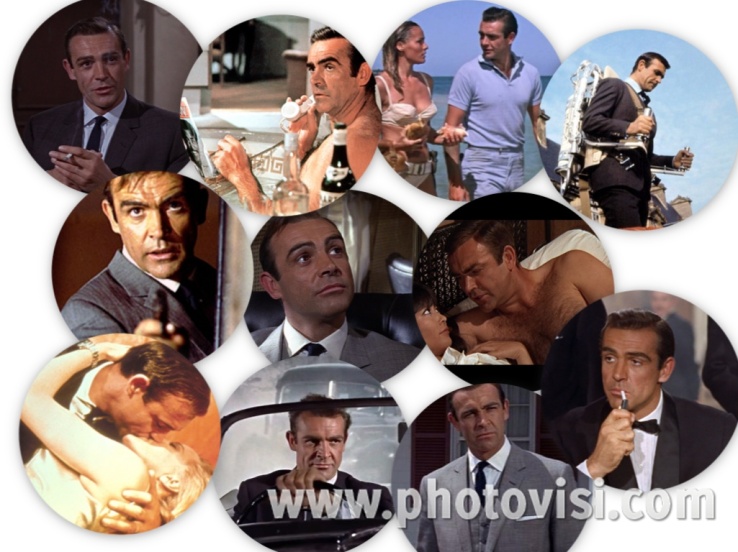 Films that some of you may already like, or may want to see: Entrapment, The Rock and The Name of the Rose. 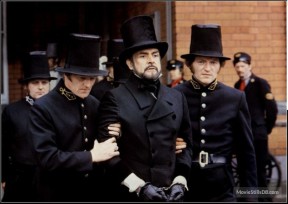 Perhaps the most famous piece of trivia that James Bond fans know is that he used to milkman. (Pub quizzes like to use the question: Which actor, who has played James Bond, used to be a milkman?)- You can thank me late J

He turned down the role as Gandalf in The Lord of the Rings franchise and 15% of the revenue which would have made him £400m because he didn’t understand the script.

He has played 4 Kings in the following films: The Man Who Would Be King, Time Bandits, Robin Hood: Prince of Thieves and First Knight.

He was once stopped for speeding by an officer named Sergeant James Bond!

He starred in the unofficial James Bond film Never Say Never Again (1983).  It was a remake of Thunderball, as Kevin McClory sued for the film rights to the book. It was titled Never Say Never Again, due to Sean Connery saying he would never play James Bond again. With an almost identical plot to Thunderball, SPECTRE steal two nuclear warheads and try to extort NATO. Bond must eliminate SPECTRE before they make good on their threats.

I have always hated that damn James Bond. I’d like to kill him.

You know, the Oscar I won for The Untouchables is a wonderful thing, but I can honestly say that I’d rather have won the U.S. Open Golf Tournament.

And my favourite quote from him…