The films that I have written short reviews on this week include: Trainspotting, Testament of Youth, The Prestige, The Terminal, The Usual Suspects, Se7en, 12 Angry Men and Lost in Translation. Most of the films I have reviewed this time have high ratings on IMDb and have also won awards, which is what I planned for, however some lived up to the hype while some did not.

I love everything about magic and illusions, so The Prestige was right up my street. Alfred (Bale) and Danton (Jackman) are competing magicians in London and they attempt to outdo each other by thinking up even better tricks in a constant battle to be the best magician and performer in London. The film is presented in past and present, as they both read each other’s notebooks in the present while the past shows the origins of their rivalry and their battles as the past and present meet in a thrilling last 30 minutes which contains an incredible twist. The Prestige is a terrific and wondrous film that will have you absorbed from beginning to the end.

A dark-comedy drama about a group of drug addicts in the late 80’s economically depressed area of Edinburgh and their struggle through life. Mark (McGregor) is going through all sorts of problems with drugs, and the film follows the various stages he goes through in his battle against his addiction. Things don’t go smoothly as he experiences withdrawal symptoms, blackmail, hallucinations, and HIV tests, before moving to London in the hope of starting a new life for himself. However, his old life and friends still have some surprises in stall for him, and put his new life in London in jeopardy.

(October 2014. Based on the acclaimed WW1 memoir Testament of Youth by Vera Brittain)

Vera Brittain’s memoir has been called the British woman’s voice of the war-era as she eloquently describes the trials and tribulations during WW1. This film is entwined with sadness, poignancy and love and is a valuable depiction of war from the perspective of a woman which is usually overshadowed by the male voice. We peer into the lives of Vera, her brother Edward, her lover Roland and family friend Victor, and how their friendships endure and are tested during the war years. We also follow how Vera, a new student at a prestigious Oxford college, to the front line as she nurses back Allied troops and Germans alike.

An informative as well as emotive war film about a woman’s memory of her time at home and at the front, as she deals with heartbreak, loss, the need for action and the terrible sights she witnesses on the front.

Viktor Nivorski (Tom Hanks) learns that on his arrival in JFK airport that in his country, Krakozhia, civil war has broken out and his passport is no longer valid. As a result of this, Krakozhia is not recognised as a sovereign nation, therefore no one is allowed to enter or leave the country. Viktor find himself in a unique situation where he cannot leave JFK airport until a solution is met in his own country. During his stay in the airport his likeable personality is infectious as he meets many airport workers, and visitors as well flight attendant Amelia (Catherine Zeta- Jones). A lovely and funny film that is sure to bring a smile to your face. Tom Hanks is marvellous.

(August 1995. Nominated and won many accolades including Oscars for Best Original Screenplay and Best Supporting Actor (Spacey). The film features in countless films lists compiled by the American Film Institute) 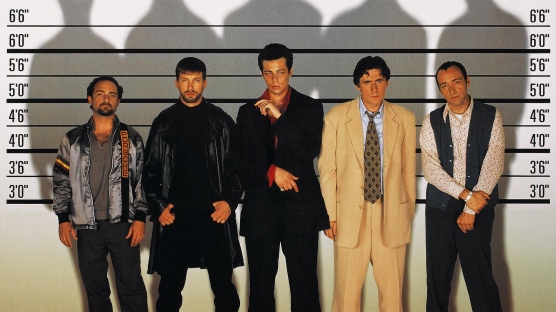 5 criminals plot against the police after being called in for a crime they did not commit. But they begin to uncover a larger plot stemming from legendary criminal Keyser Soze. The 5 of them get entwined into a plan of Keyser’s due to all of them having crossed Keyser without them knowing it, and they to do need a job for him to wipe their slates clean. The film is entertaining, riveting and altogether brilliant and it contains one of film’s biggest twist endings of all time.

A dark psychological thriller, which brings together Detective Somerset (Morgan Freeman), an aging detective who is about to retire as he is tired of living in a city where he sees nothing but the bad of the world, and Detective Mills (Brad Pitt), the new, eager detective ready to make his mark. The darkness of the city is represented in the constantly raining and dark background that mirrors the mood of the film and events continue in the same vein.

The pair are attempting to catch a serial killer who has meticulously planned murders, with his targets being people who exhibit a particular sin which he brands them with after or during the murder. The story continues on with darkness and rain a constant background throughout the film, and it builds up to the unveiling of the villain and a brutal ending. Spacey is the perfectly chilling villain.

(April 1957. Nominated in 4 categories at the Oscars, appears in 6 lists compiled by the American Film Institute and Roger Ebert listed it as one of his “Great Movies”) 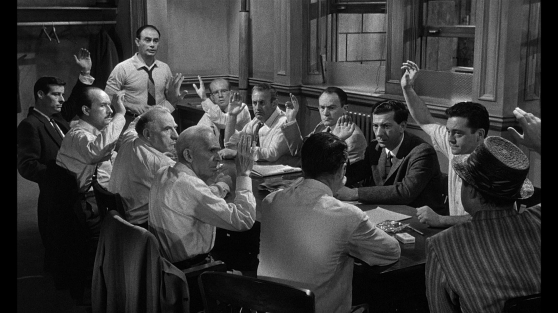 The best film I have watched recently.

I don’t want to give too much away, except for the one thing I think everyone already knows about this film. The film is about a man who is being tried for murder and if found guilty, he will be sent to the chair for electrocution. The 12 man jury have to come to a unanimous decision on the man’s guilt. Almost all the jurors seem to think it’s a sure thing and some are already talking about what they’re doing afterwards. After the first vote the vote is 11:1 guilty.

The film takes on from there as they examine all the details in the case meticulously as they try to uncover the man’s guilt or innocence, some already hold prejudiced views about the man on trial, some have their own issues and some are just not sure.

The film is set almost entirely in one room which is unique in itself, which helps to focus in on each individual in the room as your eyes will be on them for the entire film rather than changing scene to something else. The film progresses nicely and though the outcome is predictable, nonetheless it’s more about the journey through the facts and the people in the room rather than the destination.

I had mixed feelings about this film. With great review such as “Magnificent”, “A Triumph”, “Hysterically funny” and “Best Film of the Year” and the fact that it is also an Oscar Winner, I had high hopes for this film. Maybe that was the film’s downfall.

There were moments of subtle humour when Bill Murray’s character is meandering round Tokyo, the hotel and his commercial, but apart from that, I barely chuckled. So much for “Hysterically funny.”

I watched this with my father, who is not the most cultured man, and he fell asleep, woke up, lost interest, wondered why we were watching it, waiting for something to happen then saying at the end credits:  “Was that it?!” And to be honest, though I don’t mind the ‘arty’, subtle-humoured and pretentious films from time to time, I shared his view. Nothing much happened; it was all very subtle, quiet and a lot of silences where the audience are trying to guess what’s not being said in those brief moments. All the audience were offered as knowledge about them was that he was a famous actor and she was a recent graduate, and both of them are unsatisfied or lost in life, and I found it hard to sympathise with either character. I suppose this will be one of the films I just won’t ever love in the same way that so many others do.

Sorry for the long post this time! I know these types of posts are meant to be “short” but I watched quite a few recently and had a lot of thoughts about them all, and I wanted to get them down to paper quick before I forgot about them. Next time I’ll make sure it is a lot shorter! J

6 thoughts on “No. 7 Short Film Ratings”