Angel’s Game once again displays the sensational abilities of Carlos Ruiz Zafron to eloquently express the ineffable that helps to create a magical piece of literature that is in the same vein as Shadow of the Wind. Zafron delves into the macabre and forbidding Barcelona that he has constructed for another intricate and spellbinding mystery overflowing with dark and brooding scenery that reflects the astonishing events surrounding David Martin and his incredible life. 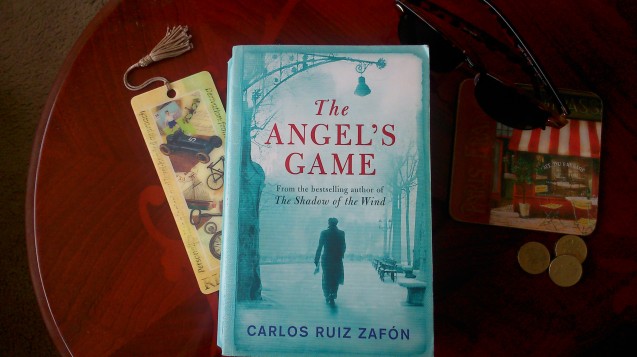 Zafron is probably the most accomplished author that I have come across; he has a unique ability to describe and explain anything coherently and in entertaining fashion, therefore avoiding creating a dense and flowery novel which drags. His exemplary aptitude for conveying the ineffable in some ways reminds me of Ian McEwan, but Zafron’s style is much darker as he bids to create a detailed and brooding ambience that compliments the equally dark and mysterious events perfectly.

The Cemetery of Forgotten Books, an extraordinary place that is only known to a select few appears again in Angel’s Game, but this time rather than the magical and wondrous experience that Daniel Sempere is awarded. David is greeted with something much more mystifying as he comes across a manuscript that is eerily involved in David’s life and the toxic book he has been tasked to write. The labyrinthine cathedral of ancient books that are stacked in endless passages, tunnels and rows that form this colossal place, makes David’s choice of book even more unbelievable as if he has been drawn by powers beyond his control into a story that was not his own.

David Martin has been given an extraordinary sum of money by an equally extraordinary man named Andreas Corelli to produce a piece of work that would change the lives of anyone that reads it. The one thing that David didn’t count on was how much it would change his own life. Through the course of writing up his book, and of his life in general, David has had to manoeuvre around obstacles that plague the damned city of Barcelona. His relationship with Cristina is in particularly affected by people and Barcelona that are beyond either of their control. His friendship with the Semperes, Isabella and Vidal are all changed drastically because of Corelli’s involvement in David’s life and the mystery surrounding David’s new home, principally the former owner.

A major aspect that is raised in this book is the battle between reality and what is in David’s mind. Ambiguity is ever present in this thoroughly readable novel, and at times it is its greatest strength but also at times, especially towards the end, it’s undoing. The last 50 pages left more questions than answers and I felt that Zafron’s desire to produce a participatory novel that is brimming with ambiguity and open to a plethora of interpretations, probably is the factor that goes against it.

Corelli’s character is fascinating and because of Zafron’s ambiguity surrounding this character in particular, there are an abundance of potential interpretations of who he is and David’s state of mind. Given the title, and the section of books in the Cemetery of Forgotten Books, and the fact that Corelli has been commissioning books for an abnormally long time gives the impression that he is the fallen angel Lucifer. He relies on creative humans to design a “new religion” for him that is intentioned to be used to manipulate misery, carnage and war. 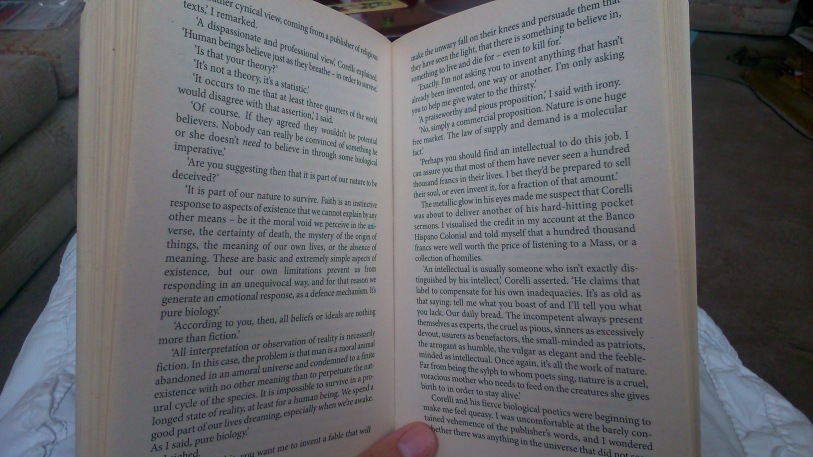 To the extent that I criticise Angel’s Game it’s only relative to the immensely high standard to which I hold Zafron after the brilliance of Shadow.  Despite a couple of reservations I have about this book, I will continue to read anything he writes, as his enigmatic style and brilliant storytelling is reason enough for me to continue my education into Zafron’s work. I understand his intention to create a participatory experience for the Angel’s Game, as no two readers will have the same exact experience. But I felt that some subplots were left hanging more than was necessary to create the uncertainty surrounding the events of this book, David’s state of mind, Corelli’s character and the ending.

The Angel’s Game is a thoroughly readable and captivating novel that for the most part was a great novel that seemed to be strategically placed to become almost as good as Shadow, but where Shadow pulled all the strands together in wondrous fashion, Angel’s Game stayed ambiguous throughout, which ultimately held it back. However, this magnificently quote-worthy novel is a great read and really recommended to anyone but especially those who enjoyed Shadow, and I will no doubt read Prisoner of Heaven sometime this year so be sure to check back soon!

One thought on “The Angel’s Game Book Review”